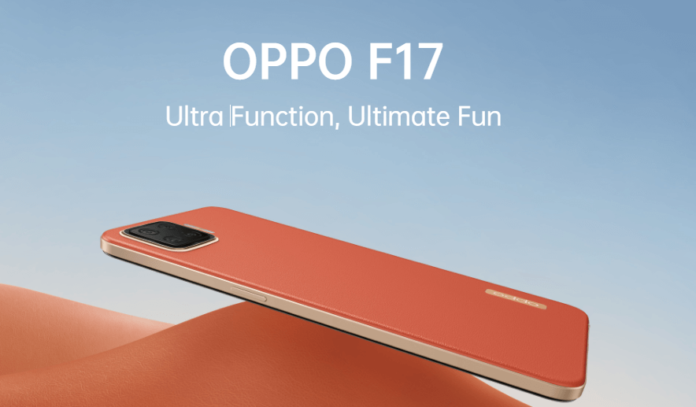 Along with F17 pro, Oppo also announced F17 on September 2, 2020. However, it was made available for purchase only on September 24. In Nepal, Oppo launched both F17 and F17 pro together on September 27 via online streaming. The F17 is the true successor to Oppo F15, released in early 2020.

Like its Pro version, it has is a sleek design and a lightweight build. The official price of Oppo F17 is Rs. 33,990 in Nepal and available for purchase from October 5.

Oppo claims the F17 to be just as sleek and lightweight as its Pro version. It is a sleek phone with a 7.45mm thickness and 163 gm weight. The dimension of the phone is 159.8 x 72.8 x 7.5 mm. The phone contains a 3.5mm headphone jack, USB type C and microphone on the bottom, a power button on the right and volume rockers, and a sim tray on the left. 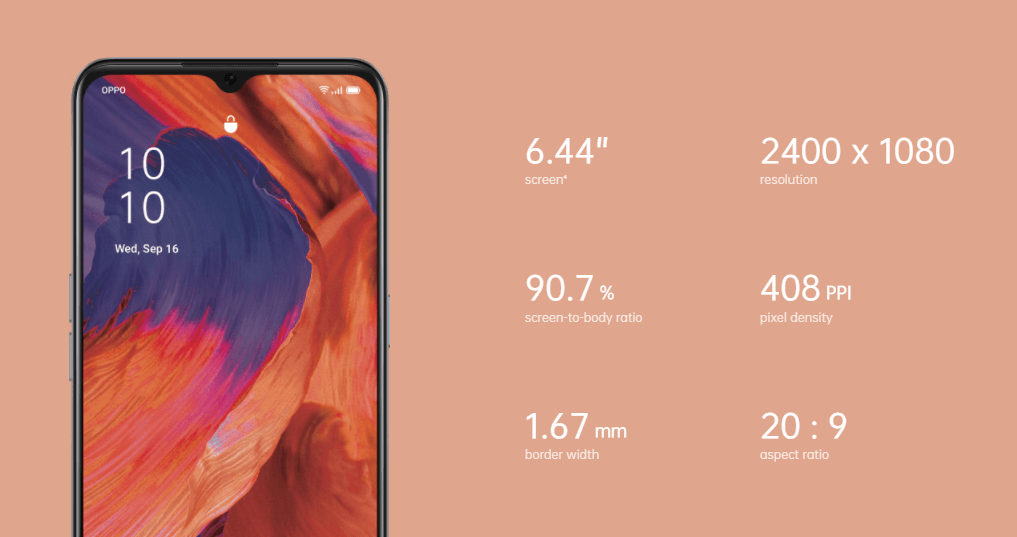 The side panel of the phone is made from plastic, whereas the back panel has a leather feel body. The phone is available in two colour options: Navy Blue, Dynamic orange, and Classic Silver.

The display on the F17 is a 6.44-inches FHD+ Super AMOLED display with a resolution of 1080 x 2400 pixels in 20:9 ratios. The PPI density is ~409. The display is a regular 60 Hz display. Unlike F17 Pro, the F17 has a waterdrop notch to house the single front-facing camera, so the screen to body ratio is 90.7%. F17 also contains an in-display optical fingerprint sensor like its pro version.

The F17 is powered by Qualcomm Snapdragon 662 octa-core processor and Qualcomm Adreno 610 GPU. The cores are clocked at 2.0 GHz and 1.8 GHz. It is available in either 4, 6, or 8 GB RAM and 128 GB of UFS 2.1 internal storage. The internal storage can be extended using an external SD card in the dedicated micro SD card slot.

The phone runs on Oppo’s own ColorOS 7.2 based on the Android 10 operating system. 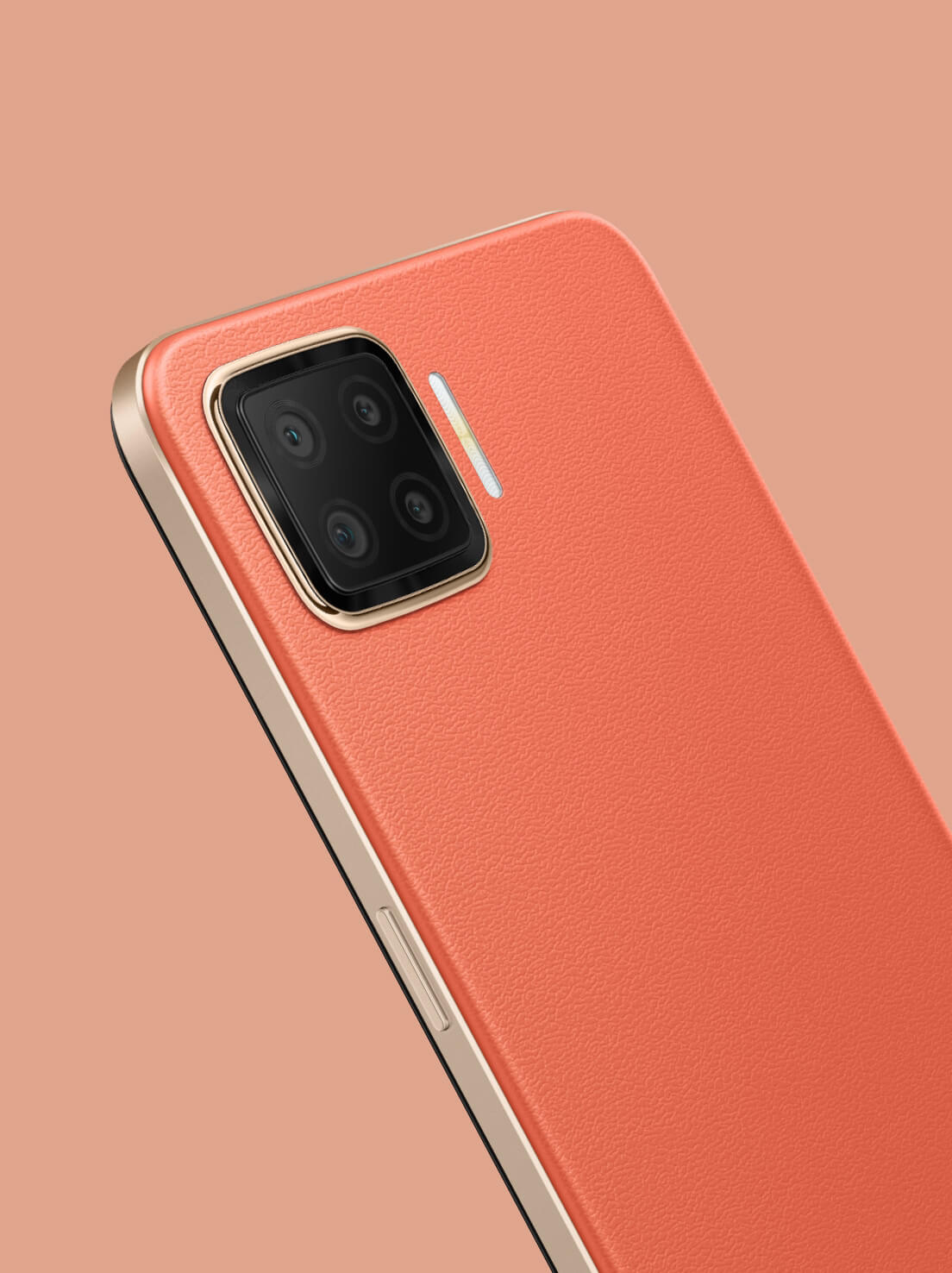 The F17 Pro packs a moderate 4015mAh battery and supports 30 watts Super VOOC flash charge 4.0 technology. It can charge 50% in 30 minutes and 100% in 53 minutes. According to the company, 5 minutes of charge can give up to 4 hours of talk time, 1.9 hours of Instagram, and 1.7 hours of YouTube. Unlike the F17 pro, it does not support AI Night charging feature. 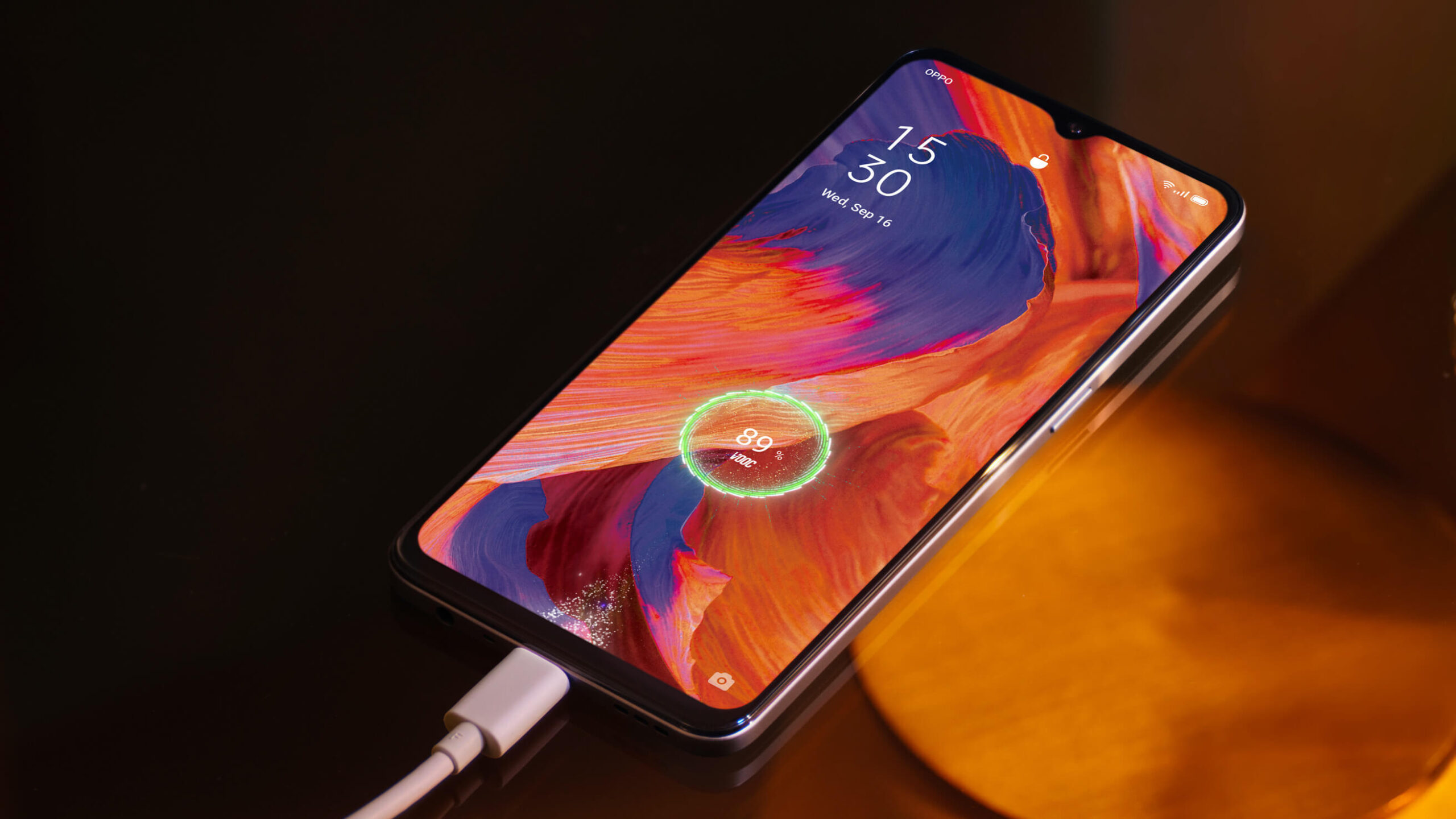 It has managed to secure its position in the list of best smartphone under 40,000 in Nepal.

In a similar price range, you can get phones like POCO X3 NFC, Realme 7, Redmi Note 9 Pro Max, and Samsung Galaxy M51. All of these phones have greater specs than Oppo F17 though they are in the same price range. POCO X3 NFC even comes with a 120 Hz refresh rate screen and others with a 90 Hz screen except for Galaxy M51. These phones have a better chipset and a larger battery, with Galaxy M51 having a whopping 6000 mAh battery and all others having at least 5000 mAh battery.