After the surprise launch of Oppo F15 in early 2020, Oppo has again managed to surprise people by launching Oppo F17 and Oppo F17 Pro as there was speculation going on that Oppo was done with the F series smartphones. The phone was announced on 2nd September 2020 and officially released from 7th September 2020 internationally. Oppo F17 Pro was officially available for purchase in Nepal from 1st October 2020.

Like the previous generation F series smartphone, these phones’ major selling point is a sleek design and a lightweight build. The official price of Oppo F17 Pro in Nepal is set to Rs. 43,990.

The back panel and the phone’s side frame is made from plastic with a ‘Shiny Matte’ design and comes coated with a fingerprint-resistant finish. The phone is available in three color variants: Magic Blue, Matte Black, and Metallic White.

Talking about the display of F17 Pro, the phone has a 6.43 inch Super AMOLED display FHD+ panel with 2400x 1080-pixel resolution with ~408 PPI density. The display is the regular 60 Hz display protected by Gorilla Glass 3 on top. 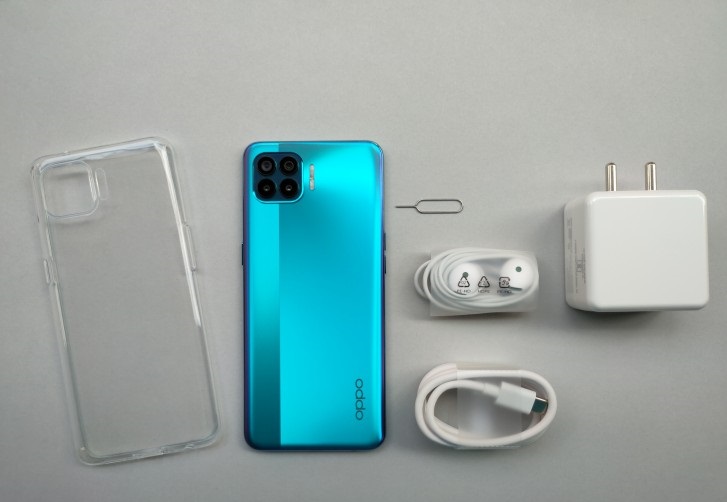 The screen to body ratio of the phone is 90.67% as the screen uses dual punch holes of the front camera instead of the notch. Thanks to the AMOLED panel, the phone boasts an in-display optical fingerprint sensor, which, according to Oppo, can unlock the phone in just 0.3 seconds.

The F17 Pro is powered by a Mediatek Helio P95 octa-core processor. It is available in a single memory configuration with 8GB LPDDR4x RAM and 128GB of UFS 2.1 storage, which can be further increased using the dedicated micro SD card slot if you run out of memory space.

The phone runs on Oppo’s own ColorOS 7.2 based on the Android 10 operating system. The phone offers the Air Gesture feature which allows the user to receive or reject calls without physically touching the phone. 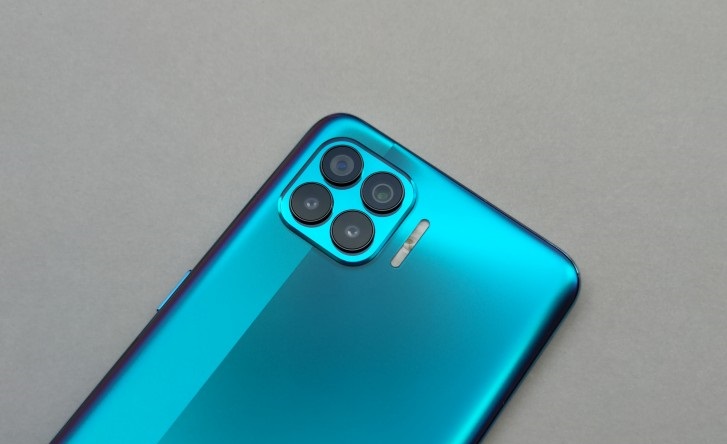 These sensors are arranged in a square camera module with a LED strip at the right side of the camera module.  However, the 48MP camera is not available by default and has to be turned on from the camera app’s setting.

Upfront, the selfie camera system comprises a 16MP primary camera (f/2.4) and a 2MP depth sensor (f/2.4 aperture) inside a small dual punch-hole cutout on the upper left corner of the display. The punch hole has a diameter of 3.7 mm.

In a similar price range, you can get other phones like Vivo V19, Mi Note 10 Lite, and Vivo V20. These phones have a better processor and larger battery than the F17 Pro, except for Vivo V20, a 4000 mAh battery.