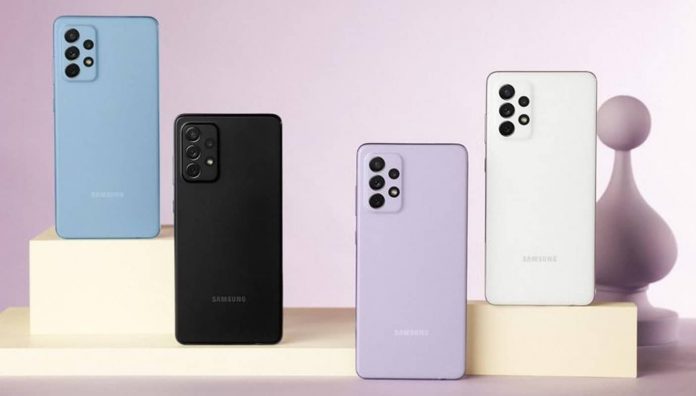 Samsung Galaxy A52s 5G is a refreshed version of Galaxy A52 launched few months ago. The new model will come with changes like upgraded chipset, fast charging and color variations. In this article, we will discuss about the specs and features of Galaxy A53s 5G with its price and availability.

Samsung Galaxy A52 had a good sale in Nepal and got into the list of best smartphones under 50000 in Nepal. However, every good product comes with its pros and cons, and it could not meet users’ expectations in some aspects. The smartphone was a disappointment in terms of chipset and the charger for the budget one had to spend. Hence, Samsung has tried its best to fix the issue by introducing Samsung Galaxy A52s 5G on 17th August 2021.

The smartphone has IP67 certified for dust and water resistance; the smartphone can withstand water of 1-meter depth for 30 minutes. Likewise, Samsung has added a new color as Awesome Mint, and the total numbers of color options available are four: Awesome Mint, Awesome Violet, Awesome Black, and Awesome White.

Samsung Galaxy A52s flaunts a 6.5-inches Super AMOLED display whose refresh rate is 120Hz. It sports a resolution of 1080p+. Similarly, Corning Gorilla Glass 5 protects the display of the smartphone.

Similar to the Samsung Galaxy A52, the smartphone also has an in-display fingerprint reader. You can also unlock the smartphone using Face Unlock. It weighs 189 grams.

Samsung Galaxy A52s 5G draws its processing power from the Qualcomm Snapdragon 778G chipset built on the 6 nm fabrication process. It features 4x Kyro 670 cores based on Cortex-A78. Samsung Galaxy A52s boots on OneUI 3.1 based on Android 11 out of the box.

A high-end Adreno 642L GPU handles the graphics of the smartphone. Furthermore, the chipset combines with a base memory configuration of 6 GB RAM and 128 GB storage. The other options for the memory combination are 8/128 GB and 8/256 GB. Additionally, you can also expand the memory via a microSD card.

The rear camera of the smartphone remains as it was in the Samsung Galaxy A52. A primary sensor of 64 MP with f/1.8 lens, an ultra-wide camera of 12 MP with f/2.2, a macro camera of 5 MP, and a depth sensor of 5 MP is available. It features a 32 MP Selfie camera for video calling and taking selfies.