Samsung Galaxy A32 4G with 90 Hz Display Launched in Nepal 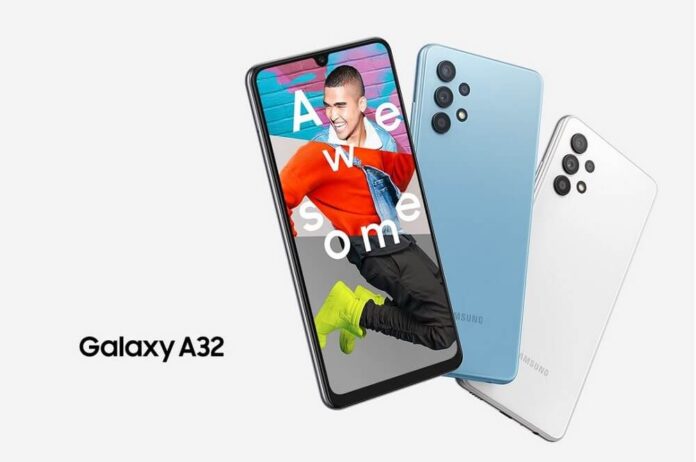 The Samsung Galaxy A32 4G shared many of the features with the 5G version of the device, like camera setup and more. However, it also offers different features and hardware, namely different processors.

Design-wise, the Galaxy A32 is virtually identical to the Galaxy A32 5G. The back panel has a smooth finish, with each camera housed separately without any camera bump. The device measures about 8.4 mm in thickness and weighs around 184 grams.

The Galaxy A32 is powered by the MediaTek Helio G80 processor and Mali-G52 MC2 GPU. Note that the 5G version has Mediatek Dimensity 720 processor. It is weird that Samsung has opted for such an underperforming chipset for the device of this stature and price.

It is available in the memory configuration of 4 and 6 GB RAM option with up to 128 GB of internal storage. However, users do get an option to extend the device’s storage up to 1 TB with a dedicated microSD card slot. For the software, it runs on OneUI 3.1 based on Android 11 out of the box.

Like the 5G version, the Galaxy A32 also features a quad camera setup on the back. However, the primary camera has been bumped from 48 MP in the 5G version to 64 MP with an f/1.8 aperture. The rear camera setup also features an 8MP ultra-wide camera of f/2.2 aperture, a 5 MP macro lens of f/2.4 aperture, and a 5 MP depth sensor with f/2.4 aperture. Similarly, the selfie camera also has been upgraded to 20 MP with an f/2.2 aperture.

Samsung has introduced a new feature called intelligent detection, which automatically detects blurry shots, closed eyes, and more. The rear camera in the device is capable of taking up to 4K videos at 30 fps, and the selfie camera can take up to 1080p videos at 30 fps.

The Samsung Galaxy A32 4G is now available for purchase in Nepal. It is officially priced at Rs 31,999 in the Nepali market for the 6/128 GB variant.

At this price range, the Galaxy A32 will compete against the Redmi Note 9 Pro, Samsung Galaxy M31 smartphones.

Oppo A15 With Triple Camera And Helio P35 Chipset Launched in...