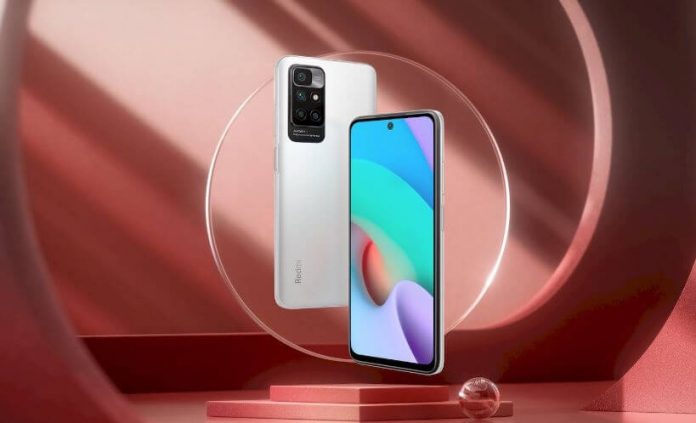 Redmi 10 includes some of the major updates coming from Redmi 9 and excels in most of the aspects of the phone.

Redmi 10 has a 90Hz refresh rate for the display; it also has 60Hz and 45Hz, meaning it has an AdaptiveSync refresh rate. It flaunts a 6.5-inches LCD with a resolution of 1080p. On the other hand, the display has protection from Corning Gorilla Glass 3.

A front camera is a punch hole at the top-center of the display, while the rear camera has a quad-camera setup just like the other Redmi 10 Series phones. All the phones from the series follow the “EVOL” design, and so is the case with the Redmi 10.

The smartphone is a plastic build and has three color options: Carbon Gray, Pebble White, and Sea Blue. It weighs 181 grams.

Redmi 10 has a side-mounted fingerprint reader for biometric authentication. It also supports Face unlock via a selfie camera.

Redmi 10 is the first smartphone to have an Helio G88 chipset. The chipset is from MediaTek and is the tweaked version of the Helio G85 to enable a higher refresh rate. Combined with the processor are the storage variants of 4GB/64 GB, 4GB/128 GB, and 6GB/128 GB. The bad news is, the smartphone has no option for expanding its internal storage.

Redmi 10 Price in Nepal and Availability