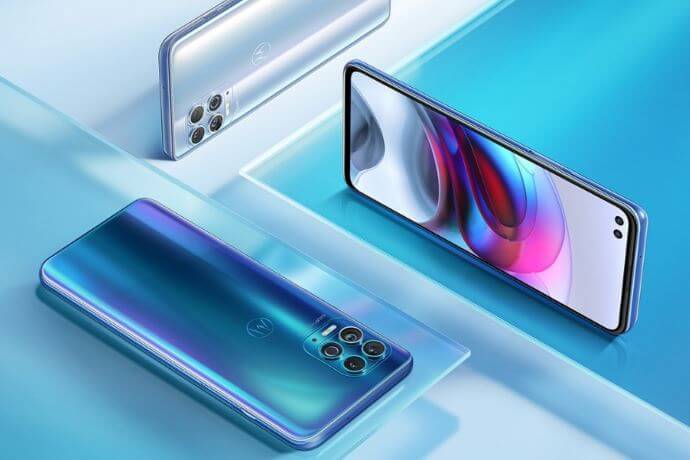 Moto G100 is the rebranded version of Motorola Edge S, which was introduced in China earlier this year. The new smartphone has a 5G technology, delivering an outstanding gaming experience and an excellent front camera system. It supports the Ready For connectivity suite from Motorola.

Moto G100 has a water repellent design but lacks an IP rating for water-resistant. It has a quad-camera on the back inside a square module and has a dual selfie camera.

Next, it has a Moto logo on the rear; it looks like a fingerprint scanner. The smartphone is available in three distinct colors – Iridescent Sky, Iridescent Ocean, and Slate Grey.

It has an inbuilt memory of 128 GB combined with 8 GB RAM; the internal storage is expandable up to 1TB via microSD card.

Moto G100 accepts dual Nano-SIM. The company claims the processor loads the graphics twice as fast as any other previously launched Moto G.

The rear camera can record the footage in up to 6K at 30fps.

It supports 20W fast charging. But the charging speed advises the battery takes a while to power up.