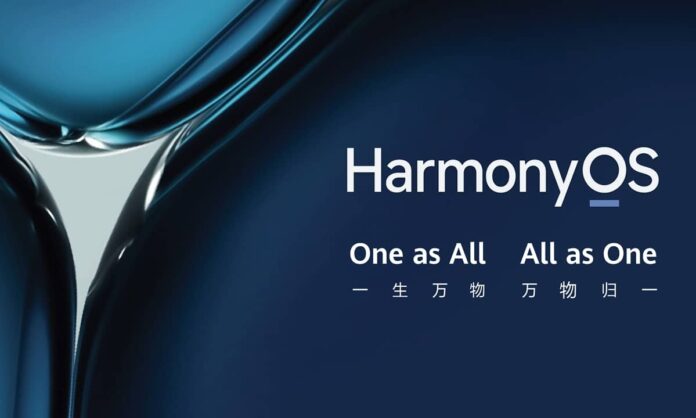 It’s been known that Huawei has been working in developing its in-house operating system HarmonyOS ever since the US government prohibition on the company. So when google withdrew Huawei’s GMS license due to the ban, they came up with an alternate solution and introduced Huawei Mobile Services.

Although HMS was initially able to keep up with its users’ system requirements, new phones like Huawei P40 and Huawei Mate 40 couldn’t get access to some compatible apps. Huawei then announced to build its own smart ecosystem with various devices powered by HarmonyOS. Now that the new OS is fully ready for all mobile platforms, the company seems to get closer to its goal.

HarmonyOS was previously featured in IoT devices like smart TV and smart home equipment. The second version is an upgrade to extend its network on more devices such as smartphones, tablets and smartwatches. HarmonyOS 2.0 will be an open source system for every Huawei device with the OS.

Huawei has already launched its new products like Huawei MatePad Pro 2021 and Huawei Watch 3 with HarmonyOS 2.0 onboard. Other devices including P40 and Mate 40 are getting updates in China. So it is most likely that we will soon find HarmonyOS on almost all Huawei products. However, it might even be available for devices from other brands and currently running Android.

Huawei claims that HarmonyOS will open new possibilities for IoT devices and smart gadgets. Since most IoT devices come with less memory and storage than any mobile device, they require more streamlined code. HarmonyOS can replace 100 lines of Android code with a single line and still be able to provide efficient functionality.

Another major schema of the OS is scalability to enhance the system feasibility. Therefore, HarmonyOS will feature a developer tool called DSoftbox which allows users to interconnect devices as per their preferences. Using this, you will be able to control resources from one HarmonyOS powered device to another.

Huawei aims to implement a single kernel platform across devices in order to create a shared ecosystem for multiple devices. Distributed application framework will allow developers to run the same code over different platforms. This will make it easier and time saving for developers to deploy and app on several systems without any extra effort.

Different devices use different protocols for connectivity and data sharing. However, a new control panel called Super Device Widget in the HarmonyOS will allow you to connect devices as simple as drag and drop process. For example, you can drag a smart screen icon onto a phone icon and then the media on your phone screen will jump up to a HarmonyOS TV. This feature will also be available on smart watches, speakers and car head units.

Another new Task Center feature allows to use same apps on different devices without installing them individually. For example, you could play a game on your smartphone and then transfer it to a HarmonyOS tablet without having to re-download the app. Being an open source program, developers can add their apps and boost the OS compatibility.

In order to stand out from other leading operating systems, HarmonyOS has made an extra push on its performance level. Most devices rely on their memory availability for better performance due to which users experience a drop in performance when there is no enough space left. HarmonyOS promises to ensure stable performance even when the storage is almost up to its limit.

The advanced DGraphicsEngine employs both the GPU and CPU for smooth graphics rendering and taking the load off GPU using intelligent scheduling. In addition, Huawei has also optimized the rendering process which avoids the repetition of similar rendering that results in faster and efficient performance.

There is no force RAM management in HarmonyOS, meaning that it will not kill any background app to clean up the system. You will be able to open an app at the same stage you left it previously. This will improve both the speed and battery life of your device.

In terms of security, HarmonyOS applies a collaborative authentication protocol. It uses data like device Id and a combination of public and private verification keys to authenticate the users. The company has also announced some cooperative projects to attract more developers and partners to tap into its domain.

HarmonyOS does share some similarities with Android. The Harmony UI 2.0 is said to be very indifferent to EMUI and comes with familiar system aspects. This might indicate the use of Anddroid Open source to build the new UI. Nonetheless, Huawei could have also taken this as an intentional design choice for more acceptance of existing Android EMUI users.

There has also been some adoption from the iPadOS 14.2 for the new Huawei MatePad Pro 202, in which the home screen features a customizable widgets option. The major differentiating factor of HarmonyOS is Huawei’s ‘One as All and All as One’ approach for multi-device interconnectivity. Users can scan nearby Huawei devices and connect with each other by dragging them together, without asking permission to authenticate.

Huawei intends to build an ever expanding ecosystem of devices powered by HarmonyOS. The goal is to create a single operating system platform that extends in many directions, providing a seamless experience to customers that buy any of its products and be a part of its ecosystem.

There is also a limited time frame in Huawei reviving its smartphone production before people associate it too much with the ban from Google apps. The company has already proven itself earlier to the world as a dominative production house. Hence, we can definitely expect to see something big from the brand in coming days.