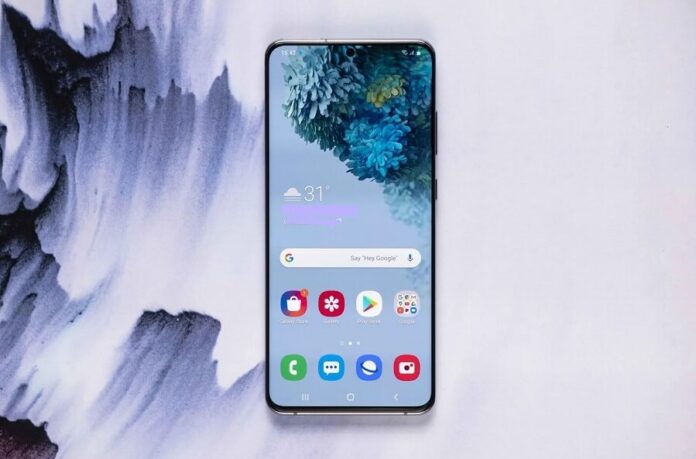 The eldest member in the Samsung S20 series, Samsung Galaxy S20 Ultra has been finally launched in Nepal. With, its great camera architecture and AI technology, S20 Ultra is one of the killer flagship smartphones. With great specs comes great prices. The official price of Samsung Galaxy S20 Ultra price in Nepal Rs. 1,59,999. So, in order to know all the specs, camera, gaming experience, let’s take a look at its features.

Taking the decision to name the Galaxy S20 series rather than the Galaxy S11 series, Samsung has already launched three variants of it. Samsung Galaxy S20, S20+, and S20 Ultra. Among them, S20 Ultra seems to outperform the other two variants.

Due to its latest and greatest use of chipsets the phone is a beast. Having a 120Hz of refresh rate to a huge 5000mAh of battery, Samsung Galaxy S20 Ultra is already the most popular flagship smartphone followed by the tagline ‘best Galaxy S-ever’.

The design aspects of the Galaxy S20 Ultra are not so exciting though it’s a premium flagship phone. The device shares a similar design to that of the S20 series, which is a thick chunky smartphone with a huge punch-hole display at the front. On the back, the cameras are set up in a rectangular module.

Except for the camera, the S20+ and S20 Ultra have the same design but the S20 Ultra is a little heavier than the S20+. As for the handset, S20 Ultra feels quite huge, bulky, and hefty. But you get what the name suggests ‘Ultra’. Other than that, the Samsung Galaxy S20 Ultra comes in two colorways: Cosmic Black and Cosmic Grey which looks quite fascinating.

On the display aspect, the Galaxy S20 Ultra has one of the best panels. Having a screen size of 6.9 inches, the phone comes with a Dynamic AMOLED display with a refresh rate of 120Hz. This makes the phone much smoother while using it. The phone has a resolution of  1440 x 3200 pixels with a ratio of 20:9 and the screen is protected by Corning Gorilla Glass 6. Although the users cannot use both 120Hz and QHD+ resolution together, the phone is still the best in other aspects.

About the performance, S20 Ultra is one of the fastest phones in the market. All credit goes to the Exynos 900 used under its hood. Although, it would be much better if the phone had Snapdragon 865 globally, as it is much faster and consistent comparatively.

Though Exynos has been improving throughout the year, the Snapdragon 865 still outperforms in the CPU performance but it is tied in terms of GPU performance.

The other most premium feature of the Galaxy S20 Ultra is its memory. No matter what you throw at it, the phone does not show any signs of lag or stuttering. All thanks to its 12GB of RAM. The phone comes with 128/256GB of storage and it’s expandable up to 1TB using a MicroSD card.

With the Samsung S20 Ultra, the company has very much focused on its camera performances. The device houses a quad-camera setup having a monstrous 108MP of the primary sensor against the 12MP camera of S20+. The primary lens is followed up by the 12MP of the ultra-wide lens as well as 48 MP of periscope lens which supports 10 x hybrid optical zoom. With the feature of 100x zoom capability, the user can take their photography levels to the moon as marketed by the company. The 108MP sensor on the device has the company’s own Samsung ISCOBELL Bright HM1 sensor that lets you take very crisp and detailed photos.

As for the front camera, Samsung Galaxy S20 Ultra has lets you take selfies with the massive 40MP of the lens. According to the other reviews, this is one of the best selfie cameras among the other smartphones.

The phone comes with a massive 5000mAh of battery that lasts for a day through its normal usage. The phone is 500mAh larger than its S20 series member S20+. Although the battery is huge, it would be more efficient if Samsung had used the more powerful battery due to its high-performance system and large displays. The phone comes with 45W of fast charging and supports 4.5W of Reverse wireless charging.

The Samsung Galaxy Ultra price in Nepal is Rs.1,59,999 and it can be purchased through any of the authorized Samsung retailers all over the Nepali market. The phone is available in two colors – Cosmic Black and Cosmic Gray. Also, only 4G versions of the device are available in Nepal. Having a 5G version does not make sense though.

The company also provides 12 months of breakage insurance along with the pre-booking offer of Samsung Buds+.