A whooping Rs.22000 cashback on Samsung Galaxy S20 Plus in Nepal 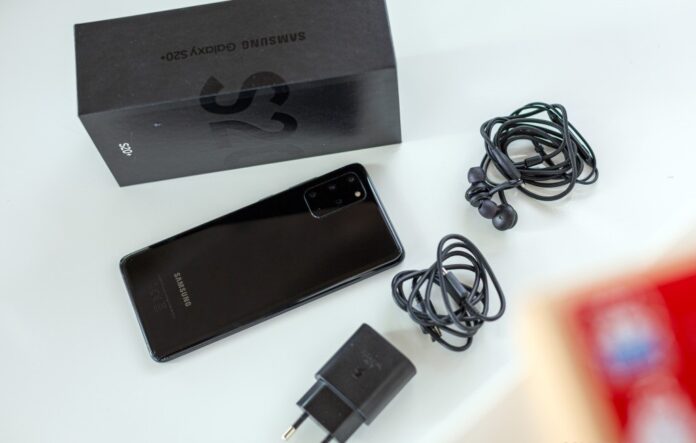 Launched back in March 2020 Samsung has offered a huge discount on its flagship S series phones. Just like S20, Samsung has offered a huge Rs.22000 discount on its premium phone Galaxy S20 Plus in Nepal. They also have offered 1-year breakage insurance to the phone. It seems like Samsung is offering a Double Dhamaka to its users. Let us see what S20 Plus has to offer in terms of specifications.

Samsung Galaxy S20 Plus, a nearly perfect smartphone is an uplifted version to that of S20. With a 6.7 inch screen, Samsung Galaxy S20 is fairly light and easy to handle. The body construction of the phone is also quite applaudable. It comes with full glass protection and has a Quad camera setup at the back.

The design of the Samsung Galaxy S20 Plus resembles Galaxy S20 in terms of design aspects. On the back, there is a Quad camera bump, set up in a rectangular module.

Similar to S20, The S20 plus is also protected by the Corning Gorilla Glass 6 and with an aluminum frame around it. Along with it, the phone comes with IP68 dust/water resistance. 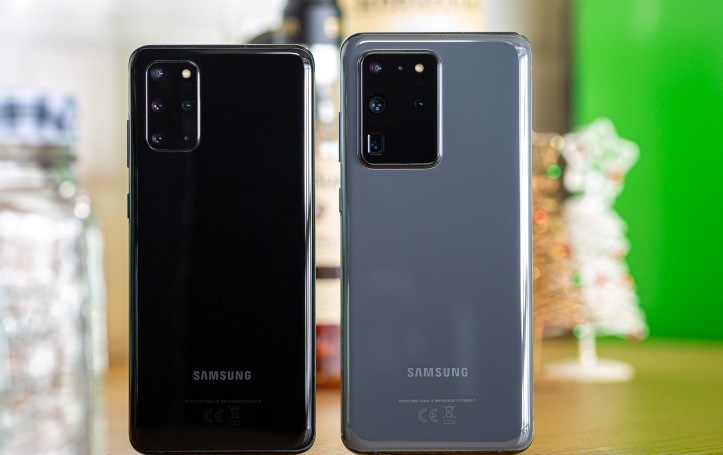 On the front, there is an ultrasonic fingerprint sensor underneath the display for security which is quite fast and reliable. There is a punch hole at the top for the selfie camera.

Coming to the display, Samsung Galaxy S20 Plus has 6.7 inches, Dynamic AMOLED 2X display. With a refresh rate of 120Hz and the support of HDR10+, the screen experience becomes even faster and smoother than ever. The display resolution of the Galaxy S20 Plus is 1440 x 3200 which has a ratio of 20:9.

Samsung has always been boasting about its flagship smartphones and Galaxy S20 is no exception to it.

The Galaxy S20 Plus is power-packed with the Exynos 990 in the global market whereas, in the US, Snapdragon 865 chipset can be found under its hood. Both the chipsets are based on the 7nm+ process.

Since Nepal does not have support for 5G connectivity, the 4G LTE version of Exynos 990 will be available in Nepal. 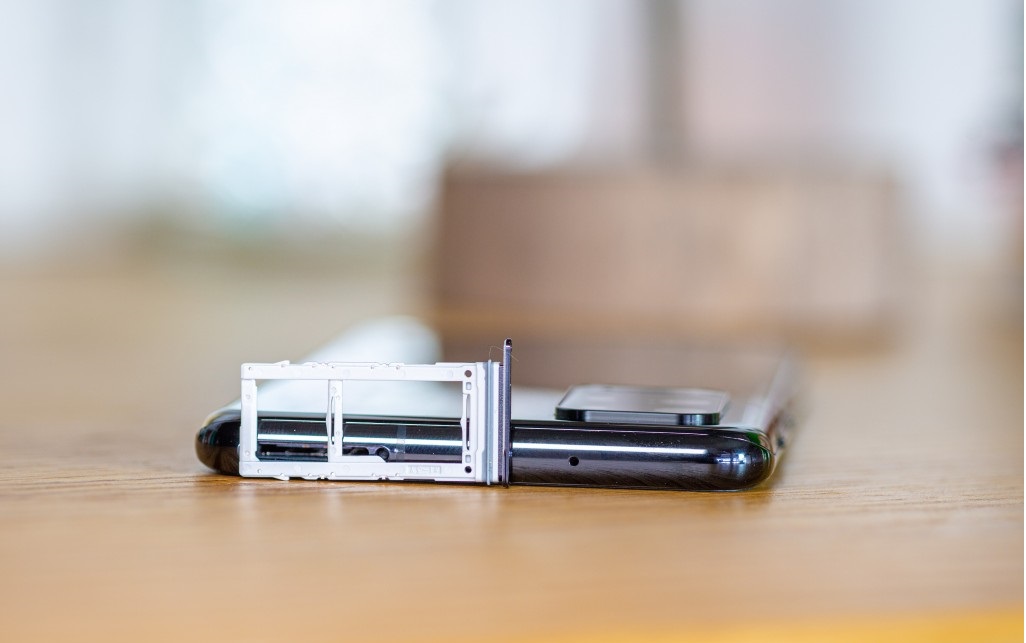 In terms of memory, the Galaxy S20 is based on LPDDR5 RAM. The phone has three variants regarding memory, but only 8GB of RAM and 128GB of storage are available in the Nepalese market. Also, the user can expand their storage up to 1TB via a microSD card.

The Samsung Galaxy S20 Plus packs a Quad camera at the rear panel. It has a 12MP f/1.8 as the main sensor, 64MP f/2 telephoto lens, a 12MP Ultrawide lens, and a 0.3MP TOF sensor. With the new TOF sensor used in Galaxy S20 plus, the photography can be taken to a next level. 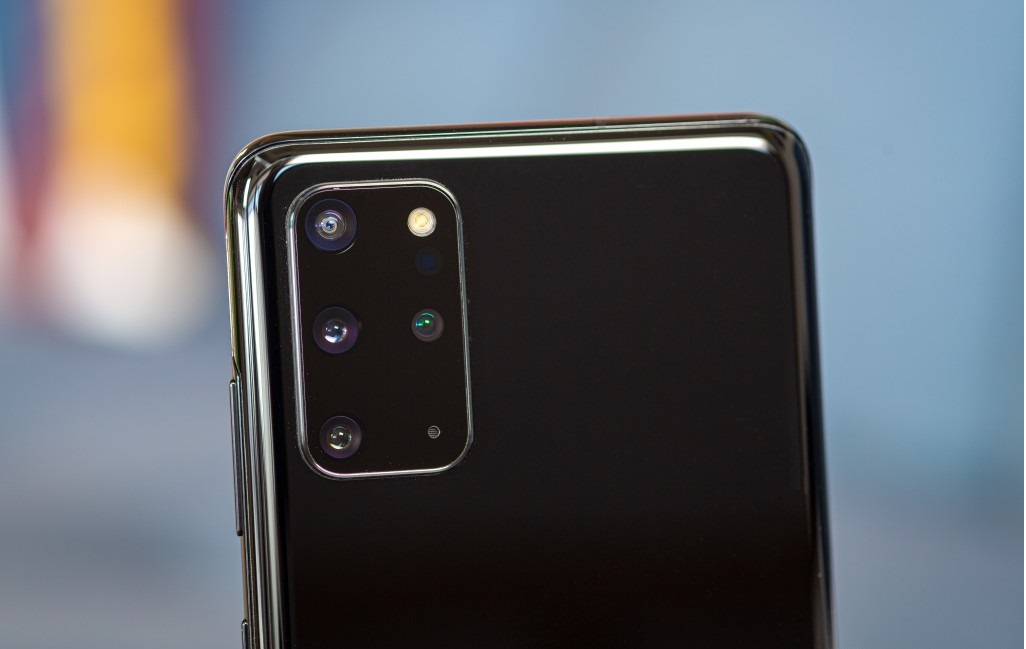 While the wide and ultra-wide lens used hasn’t changed a great deal but with the use of a 64MP telephoto lens, it has crossed the boundary of its predecessors. It allows an astounding 30X digital zoom with a rocking 3x optical lens combined with 64MP sensors. 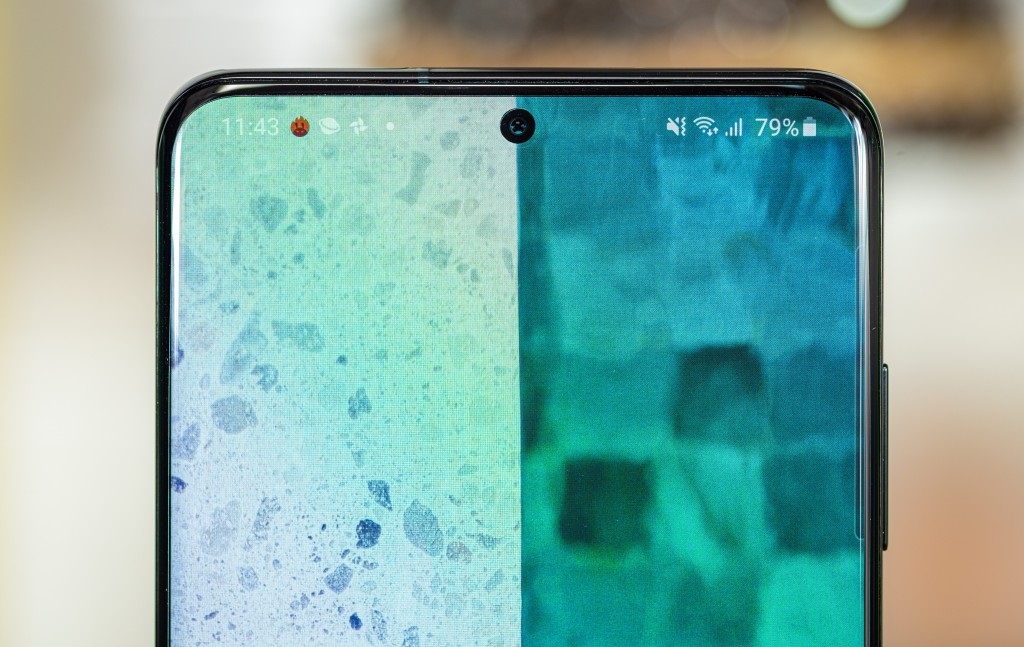 At the front panel, there is a 10MP camera setup on the punch hole used for the selfie cameras. Although it does not provide an excellent image like the 40MP camera used in S20 Ultra, still the phone gets the job done. Not only that, but the front-facing camera can also capture the 4K footage at 30fps.

The Samsung Galaxy S20 Plus is backed up by a 4500mAh battery. And for typical use like media consumptions, playing videos, playing games, the phone easily keeps up to a day. The phone also supports 45W fast charging which means it will take up to 74mins to fully fill up the battery from 0 to 100%.

Other than that, the phone supports 15W wireless charging and 9W reverse charging via Samsung’s Wireless PowerShare feature.

The new price of the Samsung Galaxy S20 in Nepal is Rs. 1,04,999. This means Samsung is offering an enormous cashback of Rs.22,000 to its users. The phone is available to any of the authorized retail shops all over Nepal. Also, the other interesting offer while purchasing it is it gives a huge 1-year of breakage insurance.