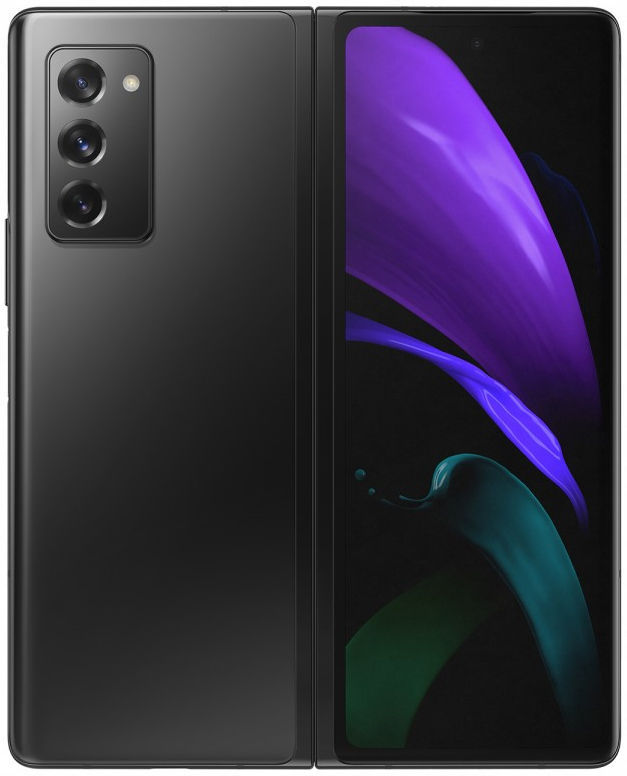 This very first foldable phone is the successor of Galaxy Fold in Nepal. The fascinating feature of this smartphone is that it becomes a tablet when unfolded, and when folded, it becomes a smartphone. The phone has similar features to its predecessor, Galaxy Fold. Although Galaxy Fold faced many durability issues previously, it is hoped that the Galaxy Z fold won’t have any issues.

Samsung Galaxy Z Fold 2 looks similar to its predecessor Galaxy Fold design-wise, but still, there are plenty of noticeable changes in the Fold 2. It has a punch hole instead of a notch for the external and the internal display. The bezels are thin. Samsung declares that the bezels are now 27% tinier than its predecessor.

Likewise, Ultra-thin Glass(UTG) has been used on Galaxy Z Fold 2 over the polymer glass. The company claims that the UTG protects your screen from scratches.

Its design’s other interesting feature is that it comes with a hinge mechanism and will share the same Flex Mode feature as the Galaxy Fold. Due to its new CAM technology, the phone can be opened between 90° and 120° angles, and they will stay at the same place. This time Samsung has mounted the fingerprint display on the side opting out the in display sensor.

About the display, the outer screen is a 6.2-inch HD+ display having a refresh rate of 60Hz. It also supports HDR10+. With a 25:9 aspect ratio, the device comes with a punch hole for a 10MP selfie camera.

Regarding the screen’s protection, the cover display is backed up by the latest Corning Gorilla Glass Victus, whereas the back panel with Gorilla Glass 6.


At the rear, the Galaxy Fold 2 comprises a triple camera similar to the Samsung Galaxy S20 and Galaxy Note 20. The main cameras are found on a rectangular module with 12MP as the main sensor, followed by a 12MP ultra-wide angle with 123-degree FOV and a 12MP telephoto sensor with 2X optical zoom and 10X digital zoom.

Though the camera is a downgrade of the Note20 Ultra, you can still take a video on 4K at 60 fps with gyro-EIS technology. That makes the video smoother and real-time stabilization.

There’s a 10MP selfie camera on the inside and a 10MP sensor on the external display on the front.

The other advantage of the foldable phone is that it lets you take a selfie even with the main camera using it as the front camera. The new software used in the device makes it possible to use the outer screen as a preview while using the main camera as the front camera. This awesome feature has attracted many selfie enthusiasts. You can also position the phone as a laptop using the device’s flex mode feature, which will keep your subject in focus using a feature called Auto framing.

Under the hood, the Samsung Galaxy Z Fold 2 is packed with the powerful Qualcomm Snapdragon 865+ chipset that clocks up to 3.1GHz. The plus variant is the latest processor from Qualcomm, which is a 10% increase in the clock speeds delivered by the Snapdragon 865. It runs on Android 10, One UI 2.5.

Finally, having many app-related issues on its predecessor, Fold, Samsung has now fixed the issue on Fold 2. Likewise, by using the unfold display, the users can transition smoothly while continuing the apps they were previously running. The other exciting feature of Galaxy Fold 2 is that it uses the Ultra-Wideband(UWB) tech for a faster data transfer between the devices.

The phone comes with 12GB of RAM and 256/512GB storage. You can also not expand its storage as it does not provide the card slot for using a microSD card, which is quite preferable.

Like its predecessors, the Samsung Galaxy Z Fold 2 is backed up by the dual cell 4500mAh battery. The phone supports 25W fast charging as well as 11W wireless charging. It also supports 4.5W of Reverse wireless charging. You can use whichever is feasible to your requirements.

The national authorized distributors of Samsung phones in Nepal are Him Electronics Pvt. Ltd. and Integrated Mobility Solutions (IMS). Likewise, the smartphone is available for purchase from the Samsung authorized stores across the country.