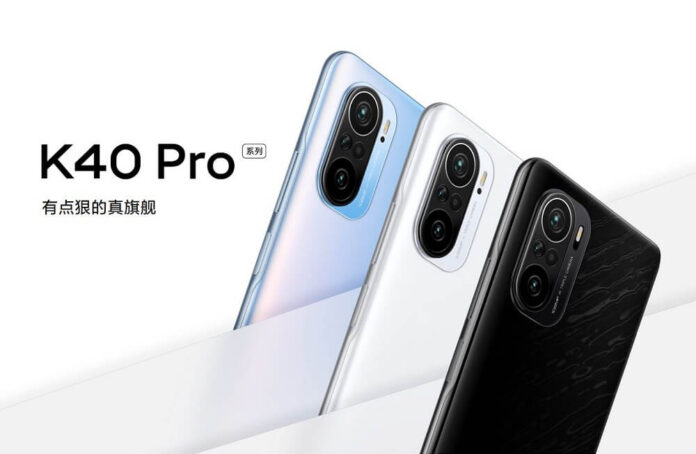 The Redmi K40 Pro and K40 Pro+ come as the successor to the last year’s K30 Pro. The devices were officially launched yesterday in China. The Pro model is available for pre-order and will be available for purchase from March 4th. However, the K40 Pro+ model will only be available from the end of March.

The Redmi K40 Pro and K40 Pro+ models belong to the upper-midrange smartphones. As the other Redmi smartphone mostly lies in the midrange segment. These devices offer premium-level features such as Snapdragon 888 processor, 120Hz screen, and more while having an upper-midrange price tag.

The design of the K40 Pro and K40 Pro+ is similar to the vanilla K40 device. It features a glass body with metal side frames. The back panel of the glass features a left-aligned camera module similar to that on the Xiaomi Mi 11. The camera module consists of a pill-shaped module that rests on top of a wider base.

Both the devices offer a 6.67 inches AMOLED panel with an FHD+ resolution of 1080 x 2400 pixels in a tall aspect ratio of 20:9. The display panel has a high refresh rate of 120 Hz. The screen features a center-aligned punch-hole cutout on the top part to house the device’s selfie camera. The screen has a maximum brightness of 1300 nits and is protected by Corning Gorilla Glass 5.

Like the Redmi K40, both the devices pack a 4520 mAh battery with support for 33W fast charging technology via a USB type C port. According to Xiaomi, the devices can charge from 0 to 100% in 52 minutes.

Both of these devices feature a side-mounted fingerprint sensor integrated with the device’s power button for biometrics. A dual stereo speaker system handles the audio output on these devices while missing out on the 3.5mm headphone jack. These devices also have an IP53 rating for dust and water resistance.

All the devices in the K40 series lineup have been launched exclusively in China. The K40 and K40 Pro are already available for pre-order and will be available from March 4th. However, the K40 Pro+ model will only be available for purchase from the end of March.