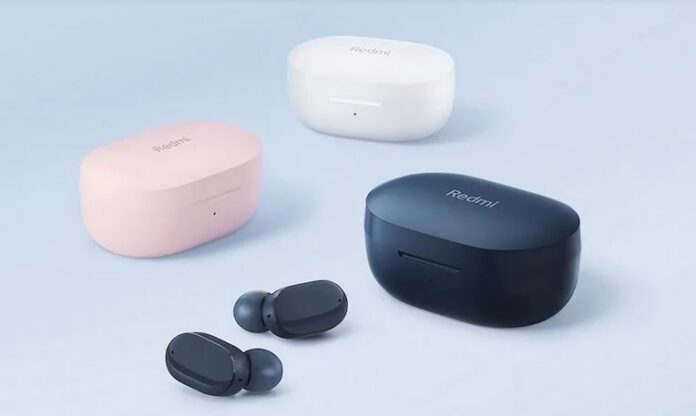 The new earbuds are water-resistant and have touch controls. Xiaomi has added a new color option, and the earbuds can also launch the voice assistant. And it also has wearing detection.

Some of the improvements are made in terms of the design and build quality coming from its predecessor. The Redmi AirDots 3 now has three color options: Starry Blue, Magnolia White, and Pink. With IPX4 certification, they have resistivity against water. Each earbud weighs 4.6 grams and has a total weight of 51 grams, including the charging case.

The apparent upgrade in the third generation of AirDot is the Bluetooth 5.2 connectivity, and the charging port is upgraded to USB Type-C from micro USB. The charging case has an LED indicator at the front face to indicate the battery status.

They have intelligent wearing detection, meaning the earbuds will pause the music to remove them from the ears and continue to play when they are back in the ears. Touch controls let you control the music playback. Smart connectivity is also available.

You can also answer or reject calls, control music, and activate voice assistants through touch commands. The earbuds support Xiaomi’s Xiao AI, Apple’s Siri, and Google Assistant. After the pairing, a window pops up on your cell phone, and you can click connect to use the earphone at once. After numbers of use, AirDots 3 can connect immediately after opening the cover, and the power of the headset and charging box can be visible in the pop-up window.

The earphone’s holding case hosts a battery of 600 mAh, while each earbud has a 43 mAh battery. The earbuds charge through USB Type-C. As per Xiaomi’s claim, the earbuds have up to 7 hours of audio playback on a single charge, whereas they go up to 30 hours in conjunction with charging. Similarly, it takes 1.5 hours for charging the earbuds and three hours for the case

Also Read: Huawei FreeBuds 4i With 10 Hours of Playback Time Launched in China

As the official sale in China starts on 4th March, the earbuds are currently available for pre-booking at the price of 199 yuan. We can anticipate the price of the Redmi AirDots 3 to be around NPR 4,500 in Nepal.

Realme Buds Air 2 Neo Launched in Nepal along with Realme...