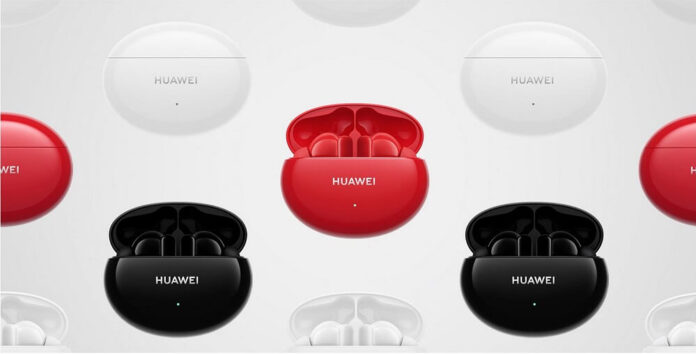 Huwaei FreeBuds 4i is the latest TWS offering from the company and comes as the successor to the FreeBuds 3i, launched back in May 2020. The FreebBuds bring some significant changes over its predecessor with improved battery life. The price of Huawei FreeBuds 4i in Nepal is NPR 11,990.

Huawei freeBuds 4i comes as a successor to the Freebuds 3i in the TWS lineup of the company. It brings quite an update over its predecessor with up to 10 hours of playback time and more. Let’s check in detail about the earbuds.

Many other companies like Oppo, Realme providing TWS earbuds have opted for an in-ear design with a long stem, like that of Apple Airpods, instead of a stemless design like the Samsung Galaxy Buds Pro. Huawei FreeBuds 4i, like its predecessor, also has opted for an in-ear steam design with an ear tip. However, the heads are now more rounded whereas the stems have become flat.

These earbuds are equipped with a 10mm dynamic coil unit paired with a polymer composite diaphragm which provides an immersive and vivid listening experience to the users. Each of the earbuds also features two microphones used to pick up the user’s voice from the environmental noise around the user.

It also features Active Noise Cancellation(ANC) technology, which helps to reduce the common environmental noise. It features transparency mode, allowing users to listen to the environment and a low latency mode for gaming. The earbuds have a special windproof design that helps in reducing wind noises.

It uses Bluetooth 5.2 to connect to the devices and provides a more intuitive connection method by just popping open the case, which prompts automatic connection with a previously connected device.

Huawei FreeBuds 4i Price in Nepal and Availability