Redmi 9 Power- Another Addition to the 9 series, launched in Nepal 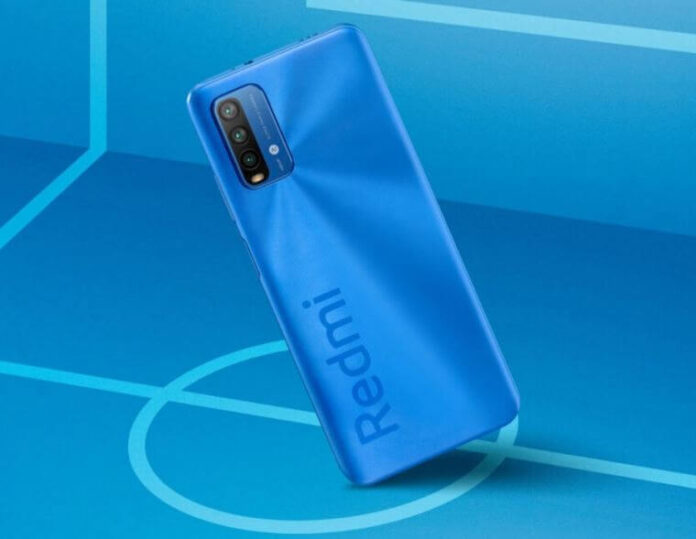 Redmi 9 Power has full HD+ display. It has the massive battery of 6000 mAh, which is the largest ever in their smartphone series. However, the processor is average, giving you the necessary performance. Unless you are a heavy user or a multitasker but want the phone with excellent battery life, audio phone and good display, the phone fits your requirements. It comes with a stereo speaker giving you superior sound while listening to music, gaming and video calling.

Redmi 9 Power has FHD+ IPS display of 6.53 inches and a screen resolution of 1080 X 2340 pixels. It has a Gorilla Glass 3 protection giving resistance to scratch and damage. Likewise, the display is low blue light certified and is splash-proof. Aura Power Design gives the refreshing new look with the vertical camera setup. It has an anti-fingerprint texture and curved back.

The phone’s right side has a power button above which is a volume rocker. There is a SIM card tray on the left, a house for the two Nano-SIM cards and a microSD card. Similarly, at the top, there is a 3.5mm headphone jack, IR blaster, and USB Type-C port while the bottom has a speaker. Selfie on the front resides in the water drop notch below an earpiece. The quad-camera setup at the back lies vertically d at the top-left corner.

AI face-unlock provides you with easy access to the phone. It also has a side-mounted fingerprint sensor on the right side embedded on the on/off button.

Powering the Redmi 9 Power is Snapdragons 662 chipset. The chipset has an octa-core clocking at 2.0 GHz and 1.8GHz with 11nm process technology, lower than the clocking rate of Snapdragon 665. Adreno 610 GPU handles the gaming and graphics of the phone. Similarly, the phone’s memory configuration is 4GB RAM with 64GB and 128GB inbuilt storage. A dedicated microSD card slot gives you the choice of expanding the storage. 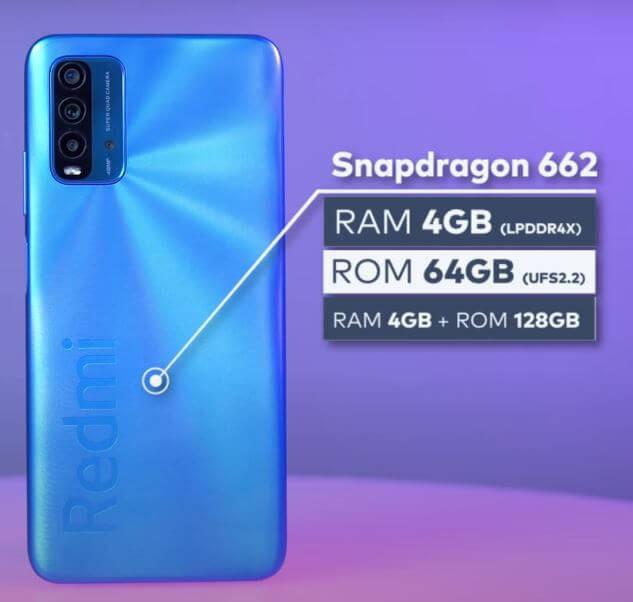 Redmi 9 Power runs Android 10 based on MIUI 12 out of the box. You can optimize the app drawer, home screen, icons and setting looks of the screen. Redmi 9 Power comes with bloatware, which can mostly be uninstalled.

Both the cameras can shoot 1080p at 30fps videos, but the lack of stabilization support makes them less enjoyable.

It has a 6000 mAh battery giving up to 3 years of optimized battery performance, claims the Redmi. The battery supports 18W fast charging with a 22.5W fast charger in the box. Similarly, it also supports reverse charging and has an ultra-battery saver mode.

Redmi 9 Power is already launched in Nepal, and the price is NPR 18,999 for 4/64GB variant and NPR 20,999 for 4/128GB. There are two authorized distributors of Xiaomi devices in Nepal: Vatsal Impex Pvt. Ltd and Teletalk Pvt. Ltd.

It will be good to see if people will choose the other offerings from the company or buy the 9 Power. It can also be competitive with other phones like Samsung Galaxy M11 and Motorola Moto G9 Play.

Samsung Galaxy S21 and S21 Plus Officially Launched in Nepal