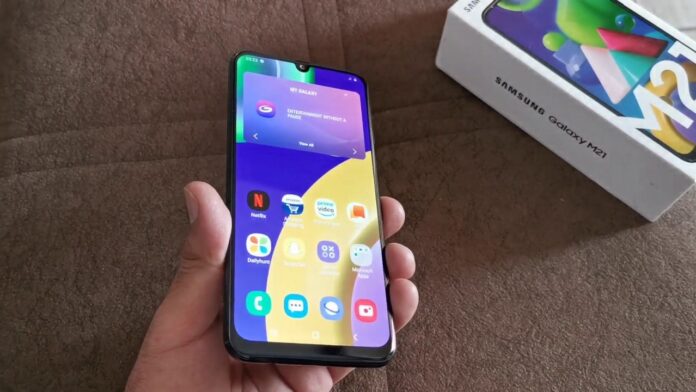 Samsung has unveiled a new budget-friendly smartphone in the Galaxy M-series called Samsung Galaxy M21. It is the successor to the Samsung Galaxy M20 and an improved version of the M20 in every aspect. Let’s take a look at its specs, camera, memory, and price in Nepal.

The Samsung Galaxy M21 is a mid-range smartphone featuring a big 6000mAh battery that lasts through the day and night. The camera and chipsets also perform well. Likewise, in terms of the display, the phone has a Super AMOLED panel, which gives you a beautiful screen experience. It is the best smartphone under 25,000 in Nepal.

The Galaxy M21 has an improved display over its predecessor M20. The device has a 6.4 inch Super AMOLED panel and has a 1080 x 2340 pixel resolution. The front and back panels are built on plastic, but the screen is protected by the  Corning Gorilla Glass 3. The phone has a 91% screen-to-body ratio and a peak brightness of 420 nits. 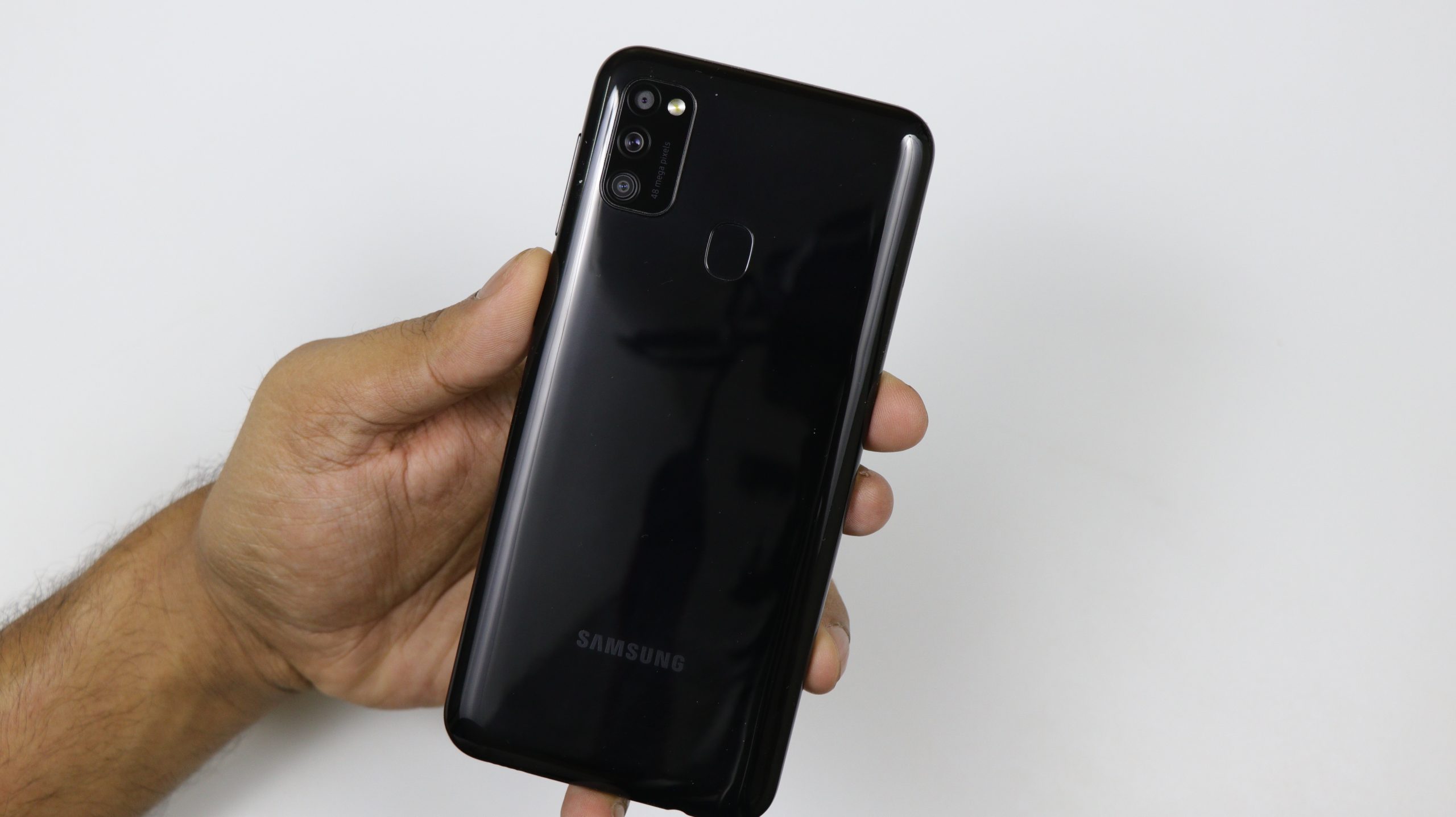 There is a triple camera setup at the back arranged inside the rectangular module for the design aspects. Along with it, there is an LED flashlight. There are 2 SIM slots and one microSD tray on the left, whereas, on the right, the power button and volume rockers are placed. Other than that, the dimension is similar to that of M31; 159 x 75.1 x 8.9 mm. The phone weighs only 188g, which feels light to the hands.

Under the hood, Galaxy M21 is powered by Samsung Exynos 9611 Octa-core processor that not only supports a faster network but also allows smooth multitasking. For graphics management, the phone has a Mali-G72 MP3.

With the AI-powered Game booster, the user can experience good gameplay as it improves the frame rate and stability. In terms of memory, the phone comes in two variants – 4/64GB and 6/128GB.

On to the camera, the phone has been upgraded to a triple camera setup compared to last year’s dual-camera setup.

The Galaxy M21 has a 48MP primary sensor, an 8MP ultra-wide sensor with a 123-degree Field of View, and a 5MP depth sensor.

The camera UI is easy to use. It has a scene optimizer, which means the cameras get set up according to the object pointed towards it. The 48MP sensors click the photos beautifully, while the 8MP ultra-wide sensor gives a little distorted image.

Furthermore, for the close-up shots, the 5MP depth sensor perfectly manages to create a natural depth effect. Other than that, the camera supports Live Focus, Pro, Nigh Mode, Food Mode, and a few more.

There is a 20MP selfie camera at the front having an aperture of f/2.2. The selfie seems good, taken in daylight, but beautifies automatically.

With the primary camera, the videos are recordable up to 4K, but you do not get stabilization, whereas using the front camera, you can shoot the video at 1080p.

The most highlighting feature of the phone is its huge battery of 6000mAh. Just with a single charge, you can go more than a day without charging the battery.  The phone supports 15W fast charging. With it, the phone can be refilled within no time.

The new price of the Samsung Galaxy M21 in Nepal is Rs.21,999 for a 4GB RAM and 64GB storage variant, whereas, for the 6GB RAM and 128GB storage version, the price is Rs.25,999 in Nepal. The phone is available in every authorized store all over Nepal.

I would recommend you to buy the Samsung Galaxy M21 if you are in need of a bigger battery with a smooth screen experience. The camera also clicks vibrant and detailed images. But, in terms of chipsets, it is not so applaudable.

Xiaomi Launches Mi 11 Ultra with Massive Camera Sensors and a...

Tecno has Announced its First Premium Smartphone with 48 MP Dual...