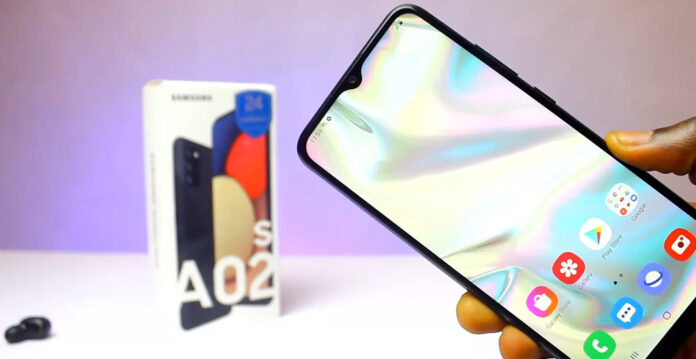 The Samsung Galaxy A02s is a budget-friendly smartphone having standard features. There is a triple camera resided at the back panel, whereas, at the front, there is a notch housing the front camera. The chipsets and battery used in the phone justify the budget. Overall, the phone looks good and performs well.

The phone has a 6.5 inch TFT panel slightly bigger than the 5.7-inch panel of Galaxy A01. This HD+ panel has a resolution of 720×1600 pixels. It has an aspect ratio of 20:9 and 270 PPI density. However, higher PPI density would make the display more appealing. Likewise, the Infinity-V notch, which houses the front camera, makes the display look better. 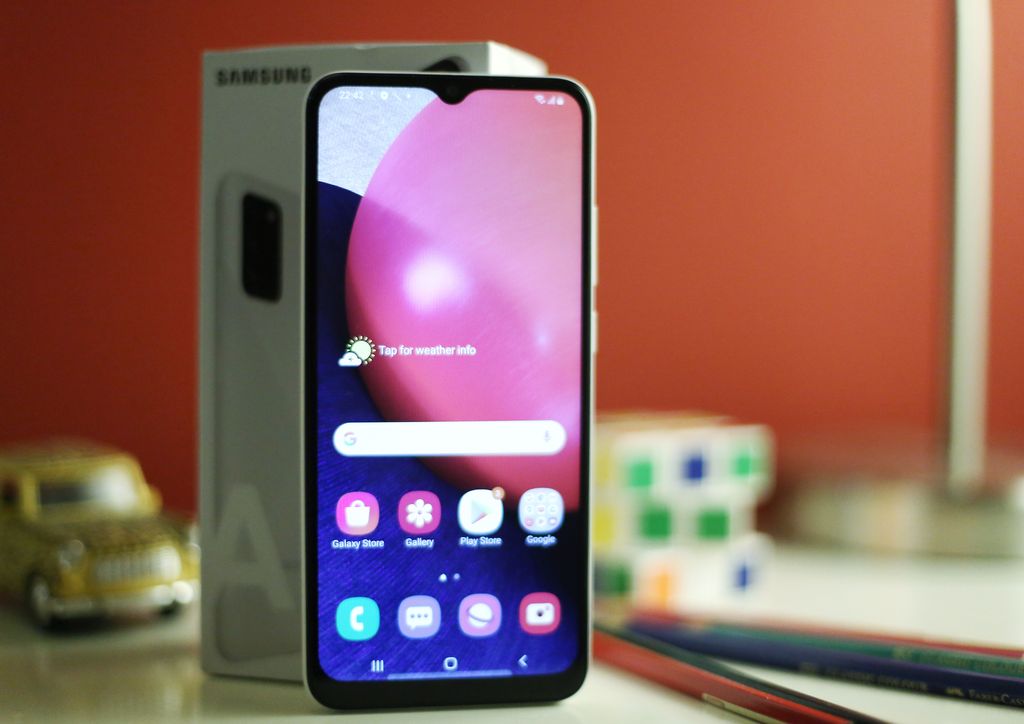 At the back, there are three cameras along with an LED flashlight arranged inside a rectangular module. The bezels are okay, but the chin looks quite thick at the bottom. The company has made a prism-like design at the back panel to make the phone more appealing.

Like the Galaxy A12, this smartphone is powered by an unknown chipset. However, we do know that it is supported by the Octa-core processor operating at a clock speed of 1.8GHz. Therefore, we can guess the chipset used is Snapdragon 450. Along with it, the graphics are handled by Adreno 506 GPU.

The phone has a 3GB of RAM and 32GB of internal memory. Nowadays, 32GB of memory might not be enough, so the memory is expandable up to 1TB via a MicroSD card.

In terms of camera, the phone features a similar camera setup to A01. The phone has a triple-camera setup arranged in a vertical fashion. There is a 13MP primary camera, 2MP depth sensor accompanied by a 2MP macro sensor. 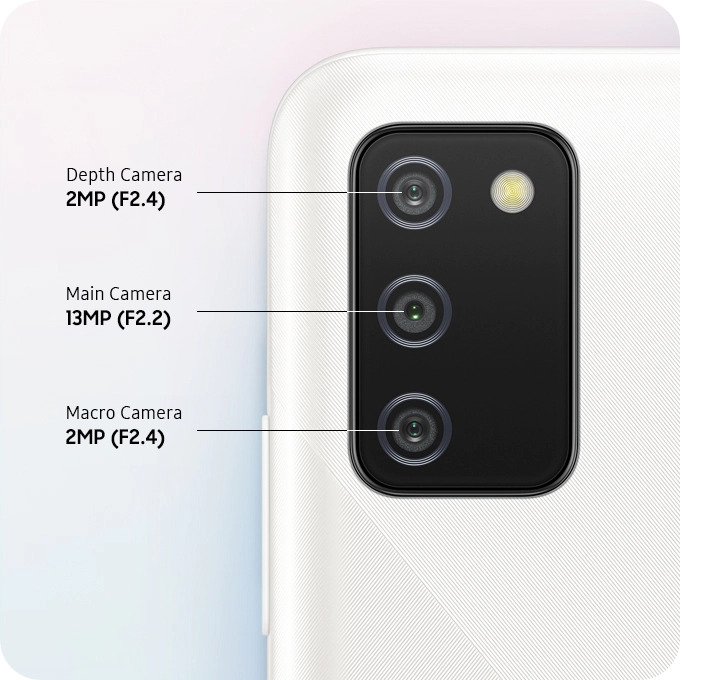 The Samsung Galaxy A02s produces a quite sharp and colorful image maintaining the exposure and highlights. However, the bokeh effect on the portrait mode seems unstable sometimes. With the macro sensor, you can capture the small objects in a very professional way.

The front panel is accompanied by a 5MP selfie camera that does its job efficiently. Besides, the phone features FaceID unlock, although it does not support a fingerprint scanner. For the video, you can shoot on 1080p at 30 fps.

The upgraded feature on the Galaxy A02s is its battery. It features a bigger 5000mAh battery compared to the Galaxy A01. With this huge battery, the phone provides a decent time for its usage. You also get a 15W fast charger, which refills the battery in no time. The absence of a Type-C port is a bit unusual in 2020.

The phone will go on the market for sale in February month in Europe. The price will be €150 for the 3GB and 32GB variants. In Nepal, the expected price will be Rs. 22,000 when it hits the Nepalese market.

To conclude, the Samsung Galaxy A02s has some significant upgrades over its predecessors, making it a good budget-friendly smartphone. The phone comes with a bigger battery and a bigger screen size. If you are in search of Android 10 at a low cost, go with Samsung Galaxy A02s.

Samsung Galaxy Quantum 2 – The Most Secure Smartphone with QRNG...