Samsung A01 with 3000mAh Battery launched in Nepal: A budget-friendly phone? 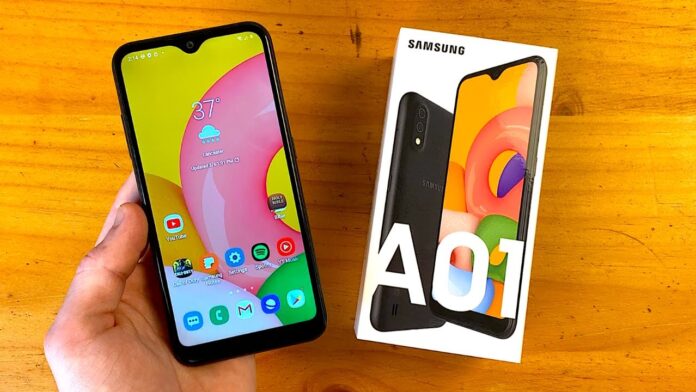 With counter to the RealmeC3 and Xiaomi Redmi 8, Samsung has officially launched its budget-friendly smartphone to its A-series. Aimed at entry-level users, let’s see what Samsung Galaxy A01 has to offer to its users.

The budget-friendly smartphone has a 5.7-inch HD+display. The phone comes with a teardrop notch at the front, which Samsung likes to call the Infinity-V display. The screen shares a 19:9ratio and has a 301 PPI density. It has a double camera setup at the back panel, whereas a single front camera is at the top teardrop notch.

Design-wise the Samsung Galaxy A01 features an Infinity-V display housing a front camera to the display. The phone comes with a 5.7-inch HD+ screen with 720 x 1520 pixels with a 19:9 ratio. The front display is protected by glass, which saves the breath from complaining about the phone.

Since Galaxy A01 is a budget phone, there is nothing special from the design perspective. It has a similar design to Galaxy A10, Galaxy A20, and the Galaxy A20s.

The body is made up of polycarbonate, making it very light and comfortable for a single hand to use. There is a hole on the back cover for the speaker.

Likewise, there is a dual-camera at the back, arranged vertically along with the LED flashlight. The bezels are not that slim due to which the design is not very appealing. It has three color variants: Red, Black, and Blue.

ALSO READ:  Samsung Launched Galaxy A02 With A 5000mAh Battery

For an entry-level budget phone, the chipset is not bad, and the Adreno 505 GPU is used. It does not lag during primary usage like media consumption, watching videos, and running basic apps.

Along with these chipsets, the phone comes with only a single memory variant, 2GB RAM, and 16GB storage. Samsung should have added the 32GB variant on the phone as this is not the time of only 16GB storage. But the problem-solving thing is, the storage can be expanded up to 512 GB using the microSD card.

The phone comes with a combo camera setup on to the camera department. There is a 13MP f/2.2 camera as the primary sensor and 2MP as a depth sensor f/2.4 along with an LED flashlight. With the rear cameras, the phone can shoot a video at 1080p at 30 fps.

For the selfie mode, the phone has only 5MP with an f/2.2 aperture in it. Although the phone may not compete with other A-series, the camera still does its job.

Likewise, it does not have a fingerprint scanner but is equipped with a proximity sensor, a light sensor, and an accelerometer sensor. The connectivity feature has Wi-Fi 802.11 b/g/n, hotspot, Bluetooth, A-GPS for navigation, and micro USB 2.0 for file transfer and charging.

ALSO READ:  Realme 7i launched in Nepal with 64MP Quad Camera and Snapdragon 662

Samsung Galaxy A01 Price and Availability in Nepal

Samsung Galaxy A01 is available at the price of Rs. 13,499 in Nepal. The phone is available in every Samsung authorized retail shops all over Nepal.

The price and specifications of the Galaxy A01 are very similar to that of the Redmi 8A. With a bigger battery, 5000mAh, and 18W fast charging, I think the Redmi 8A would attract people. 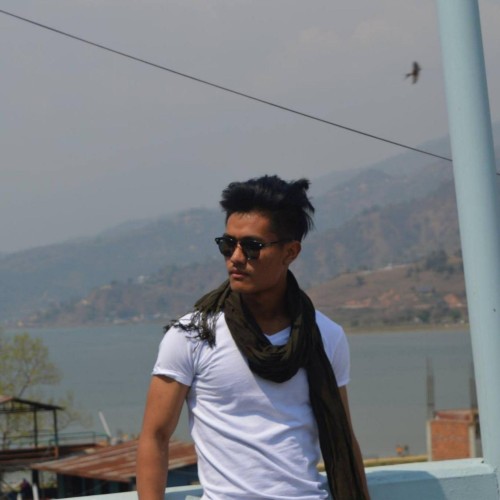