Realme GT : A Flagship Level Device Under 450$ Launched in China 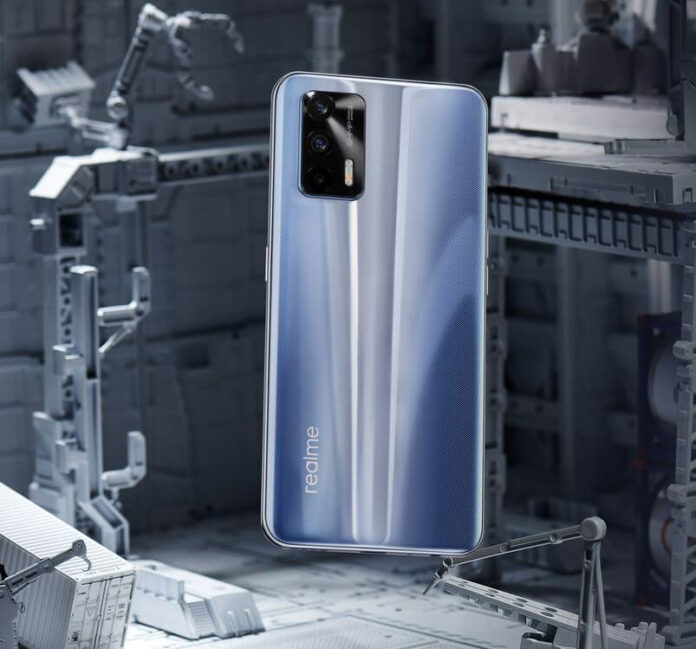 Realme GT 5G is the latest flagship phone offering from Realme. The device was previously rumored to be named Realme Race and had been part of leaks and rumors for a long time. The phone has now officially released in China on March 4th.

It brings flagship-level features like a Snapdragon 888 processor and 120 Hz display at a very budget-friendly price of under 450$. It is officially priced at CNY 2,799 in China, which is roughly equivalent to 430$.

The name of the Realme GT comes from Grand Tourer, meaning luxury sports cars, and this inspiration can be seen in the design of the phone. The device brings flagship-level performance at a mid-range price tag.

The Realme GT is available in three colors: Deep Sea Blue, Galactic Silver, and Dawn Yellow. The Blue and Silver variant has a shiny finish on the back panel. However, the Dawan Yellow variant has a different design than the other two, with a leather finish on the back panel with a long black stripe running down from the camera module all the way up to the bottom of the device.

The phone offers a 6.43 inch Super AMOLED display with an FHD+ resolution of 1080 x 2400 pixels in a tall aspect ratio of 20:9. The display has a smooth refresh rate of 120 Hz and features a left-aligned tiny hole-punch to house the device’s selfie camera. The device offers a screen-to-body ratio of 91.7%.

As the leaks suggested, Realme GT is the first device from Realme to be powered by the Qualcomm Snapdragon 888 processor and Adreno 660 GPU. The SD 888 is the latest flagship processor from Qualcomm based on a 5nm process. It is available in the memory configuration of 8 GB or 12 GB RAM. The device will also come with 128 GB or 256 GB of USF 3.1 storage. As for the software, the device ships with RealmeUI 2.0 based on Android 11. 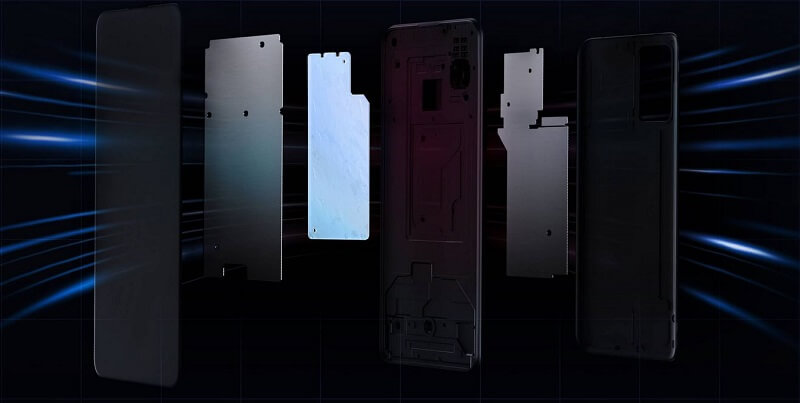 Realme has provided a new 3D tempered liquid cooling on the device, which can reduce the core temperature by 15 degrees Celcius. The company claims the combination of stainless steel and copper has higher strength, lower thermal resistance, and faster internal water circulation in VC. The large-area heat sink, 100% full coverage of the core heating source, greatly reduces the temperature, and the device is in a high-performance state.

The camera module on the back of the device features a triple camera setup consisting of a 64 MP Sony IMX682 primary sensor with f/1.8 aperture, an 8 MP ultra-wide lens of f/2.3 aperture, and a 2 MP macro camera with f/2.4 aperture. Upfront, the left-aligned punch-hole houses a 16 MP selfie camera with an f/2.5 aperture.

The Realme GT 5G packs a 4500 mAH battery with support for 65W fast charging technology. As advertised by the company, the device can charge from 0 to 100% in 35 minutes.

The Realme GT is currently available for pre-order in China. The device’s base variant with the configuration of 8/128 GB starts from CNY 2,899 in China, and the variant with 12/256 GB starts from CNY 3,399. There is no news on when the company will launch the device internationally. However, we can expect the device to start at around NPR 55,000 if it launches here.

Nokia Lite Earbuds with up to 36 hours of Playtime is...