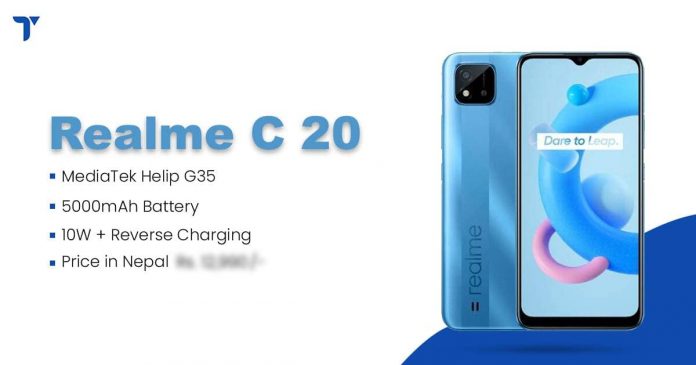 Realme announced the Realme C20 as its first entry-level smartphone of 2021 goes official in Nepal. Targeting the budget segment, the phone is the latest entry in the affordable C series. The Realme C20 comes in a single memory configuration of 2GB RAM and 32GB internal storage with a price NRs. 12,849 and available for pre order.

Realme C20 comes after the Realme C12 and C15 and offers features similar to the Realme C11 launched in 2020. The budget offering phone comes with the same MediaTek Helio G35 chipset that also powers the Realme C11, a 5000mAh battery, and more.

For a budget phone, the Realme C20 comes in a stylish design that is quite identical to the previous Realme C11. It has a polycarbonate body with a matte finish. The textured back panel has a single camera with a LED flash inside a square-shaped camera module, and the Realme branding at the bottom left. The device does not have a fingerprint scanner.

In the front, Realme C20 features a 6.5-inch IPS LCD screen with an HD+ resolution of 720 x 1600 pixels, an aspect ratio of 20:9, and Corning Gorilla Glass 3 protection on top. The display panel comes with waterdrop style notch that houses a selfie camera.

Powering the Realme C20 is the same MediaTek Helio G35 SoC that powered the Realme C11. It is an octa-core CPU based on 12nm technology and clocks speed up to 2.3GHz coupled with an IMG PowerVR GE8320 GPU. On the software side, the Realme C20 runs on Android 10 based Realme UI 1.0.

Speaking of the memory configuration, the phone comes with 2GB RAM and 32GB internal storage. With the dedicated microSDx, storage can be further expanded up to 256GB.

Realme C20 has a single 8MP f/2.0 sensor positioned inside the square camera module with a LED flash. Upfront, it has a 5MP f/2.2 selfie camera placed inside the water-drop style notch. On the camera department, the recently launched phone has degraded considering its predecessor had multiple lenses.

Besides, the phone can record videos at 1080p@30fps from both front and back cameras.

The Realme C20 features a massive 5000mAh battery with 10W charging supplied inside the box. It supports Reverse Charging but does not support fast charging technology. 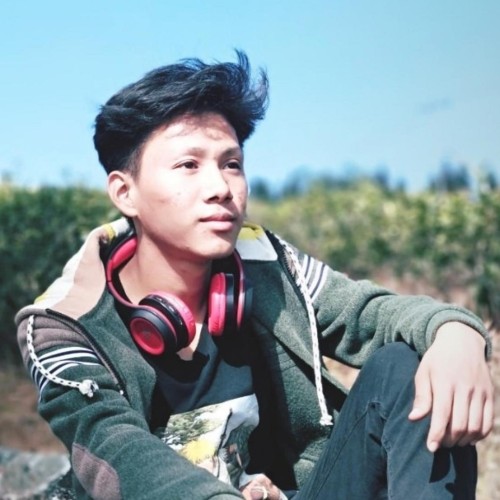