OnePlus Merges With Oppo! The End of Never Settle? 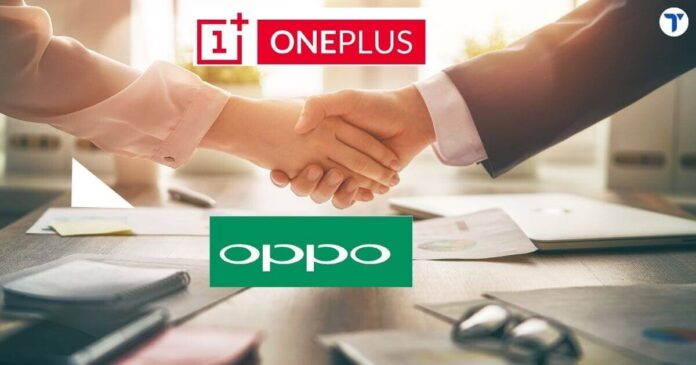 The Chinese smartphone giants Oppo and OnePlus have merged. The founder and CEO of OnePlus, Mr. Pete Lau, announced the merging of the Oppo and the OnePlus. The two brands will, however, operate independently.

OnePlus posted a press release to its fans on its forum that the merge would open up more resources to the company, which could be used to manufacture better products.

If we recall August 2020, Mr. Pete Lau had returned to Oppo and was appointed as senior vice president of Oppo as well as the company’s head of product strategy. And it was evident to us that some of the flagship models of OnePlus were the rebadged Oppo models.

In January 2021, OnePlus announced the merger of its research and development (R&D) arm with Oppo. However, it did clarify that its software would not be touched. But after the merge, OnePlus has announced the full integration of its smartphone with Oppo. OnePlus will now function as a sub-brand under Oppo and still retain its independence.

A great possibility is the OxygenOs to have a similar design and functionality as that of ColorOS.

According to Pete Lau, OnePlus will work as a sub-brand of OPPO and will remain the same. He further adds that this move would open up more resources and make OnePlus more efficient, such as more stable and faster updates in the software for OnePlus users.

The brand will continue to work independently and maintain its focus on providing the best possible products and experience to its fans. It will continue to launch the OnePlus products with equal importance and separate launch events. Adding to this, Mr. Pete says, “Some models may launch under the Oppo brand in some markets while launching the OnePlus brands separately in other markets.” After reading the post of Mr. Pete Lau, we can be sure that things will not change for the OnePlus users, at least for now.

However, a recent launch from the OnePlus – The OnePlus 9 Series in China runs on Oppo’s ColorOS operating system based on Android instead of the brand’s own HydrogenOS- a Chinese version of OxygenOS.

For your information, both the brands are owned by BBK Electronics. It also owns other brands such as Realme and Vivo. Hence, the internal resource of these brands is the same since the early days. The founders of OnePlus, Pete Lau and Carl Pei, worked at Oppo before founding the brand in December 2013.

PUBG Mobile Soon to Release in India with New Avatar and...