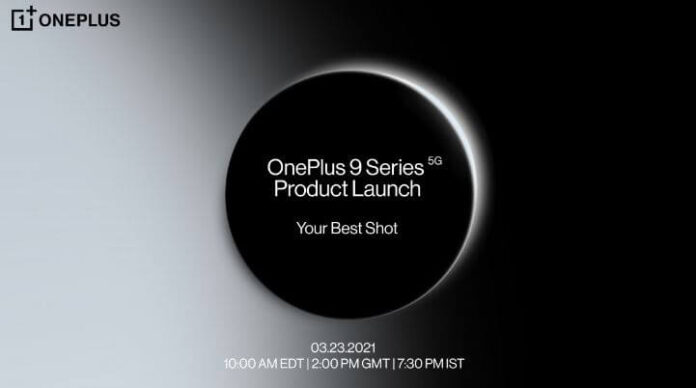 OnePlus has officially confirmed its launch date of the upcoming series – OnePlus 9. The series will globally release on 23rd March. Along with this, the company is also doing a long-term partnership with Hasselblad. Meanwhile, the OnePlus 9 Pro’s first look is officially revealed.

The 9 Series is all set to go global on 23rd March, bringing a more premium user experience. Some of the specifications are officially confirmed by the founder and CEO of OnePlus, Mr. Pete Lau, through his Twitter post. OnePlus has also announced three years of partnership with Hasselblad, developing the next generation of mobile photography.

He says the camera in the OnePlus 9 Series is a flagship; he is confident the OnePlus 9 Series will be a significant leap. It has a new color solution as Natural Color Calibration with Hasselblad. He further adds the 50 MP ultra-wide camera captures clearer and true images.

OnePlus will spend a budget of USD 150 million on developing mobile photography.

There is no doubt on the 9 Series having some flagship device. The series is likely to have the OnePlus 9, OnePlus 9 Pro, and OnePlus 9R. We have expected the display of 120Hz with QHD+ resolution.

The leaked pictures from The Voice below show a curved screen and punch hole front camera.

Some source reveals OnePlus 9 Pro to have an IP68 rating, meaning the phone can survive up to 30 minutes in water of 1.5 meters depth. However, the other devices from the series may not have the rating.

Information on the web says the OnePlus 9 will have three color options: Arctic Blue, Artic Sky, and Winter Mist, whereas the OnePlus 9 Pro will be available in Stellar black, Forest Green, and Morning Mist colors. With the OnePlus 9R having the fewest leaks, we haven’t got any rumors about the color variants.

Official pictures of the OnePlus 9 Pro show a quad-camera setup. The camera setup is in a rectangular module with Hasselblad branding OnePlus 9 Pro’s ultra-wide camera is a SONY IMX766 Sensor. Some of the sample images are also officially out.

Furthermore, the primary camera is a 48MP Sony IMX789, a 50MP ultra-wide camera, a telephoto lens of 8MP, and a 2MP sensor. Video in 4K at 120 fps is achievable. Likewise, the rumors say OnePlus 9 Pro pack Snapdragon 888 chipset with up to 12GB RAM and 256GB internal storage.

OnePlus 9 and OnePlus 9 Pro support a 65W fast charging solution and 30W fast wireless charging with a 4,500 mAh battery on board. OnePlus confirms the phone to have a charger in the box. OnePlus 9R packs a 5,000 mAh battery, according to the leaks.

On 23rd March, OnePlus will unveil the OnePlus 9 Series via live stream. It will begin at 7AM PT/ 10AM EST/ 3PM GMT. The actual date of release will be after a week or two of the announcement. The expected starting price for the OnePlus 9 Series would be around NPR 90,000.

Meanwhile, rumors say the company may also launch the OnePlus 9E model as an affordable version, but we are not sure about it. Let’s wait two weeks more for the official confirmation. We will also keep you updated about the other rumors, leaks, or official confirmation before the release date if we get any.

OPPO A31 with Triple Camera and Helio P35 Officially Launched in...