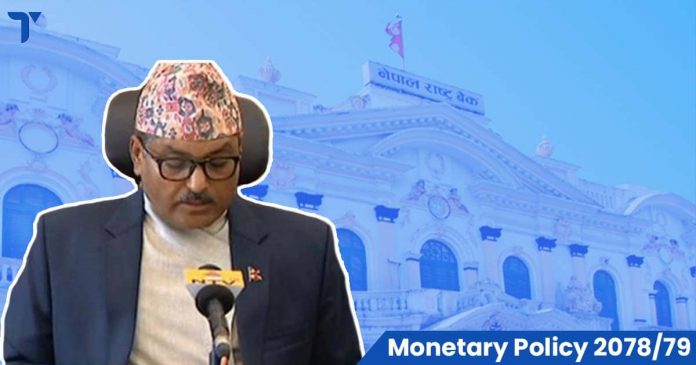 Nepal Rashtriya recently unveiled the Monetary Policy for Fiscal Year 2078/79. The annual monetary policy for the new fiscal year was supposed to be announced by the first week of Shrawan. However, due to the government switch and changes made by the new government via ordinance, NRB had postponed the announcement. Despite of the delayed release, the general public and concerned authorities have come up with various anticipation and expectations.

The Monetary Policy 2078/79 comes with several macro-economic objectives. It has put forward initiatives to compensate the impact of the pandemic in various economic sectors. It will aid economic growth by facilitating the availability of financial instruments to increase domestic production, job creation, and economic recovery. Other target areas of influence include financial assists to private sectors, encouraging BFIs merger and acquisition and stock market trading.

Digital payments and e-banking are going to have more priorities. Implementation of National Payment Switch and QR code payments will play vital roles in boosting the digital economy. NRB will carry necessary studies associated to the possibilities of digital currency in Nepal. The policy has also paid attention towards international payment gateway service; announcement of prepaid dollar card is a remarkable effort in facilitating such services.

Following are some of the provisions for digital payment:

The upcoming monetary policy cad be great assist to overcome the economic and financial challenges Nepal is going through during the period of pandemic. Administrative implementation of the new policy can lead to a sustainable economic growth in many production sectors of the country. Moreover, digital economy of Nepal will meet an evolutionary phase of development. We can hope to see an elevating future of nation’s economy in the coming days.

Axiata and Google Cloud Working Together for Cloud Digitalization in Asian...

DishHome And PrabhuTV Merger: Internet And TV Under Same Roof