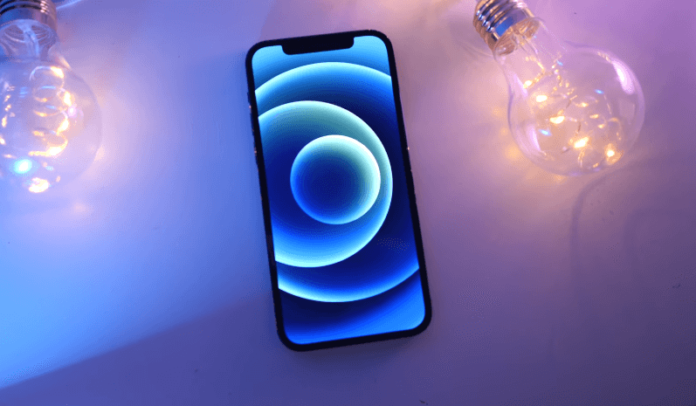 Apple’s iPhone 12 Pro gives the killer performance and has excellent cameras. You can record the video in Dolby Vision, which is fantastic. But while coming from iPhone 12 to iPhone 12 Pro, the only upgrades are the cameras, storage, and stainless steel frame. The iPhone 12 Pro has added a telephoto camera.

The revival of the iconic iPhone 4 and 5 design is seen in the 12th series. Corning has a new Ceramic Shield glass, making the screen glass tougher. The rear panel is the same as last year’s shatter and scratch endurance. It also lacks a proper grip. However, the frosted finish provides better scratch resistance. The flat design makes it stand upright on its own. 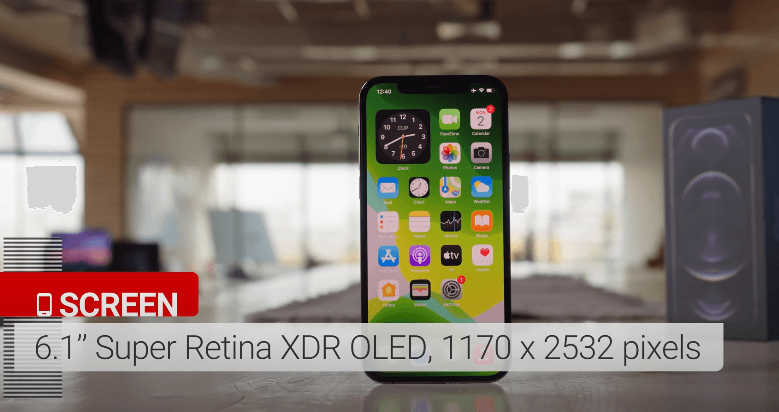 The screen supports HDR10 and Dolby vision and has a 60Hz refresh rate. The 120Hz refresh rate is still due for the iPhones. The notch is present on the front, housing the stereo speaker, 3D camera, and a selfie snapper.

On the back, it has a triple camera setup along with a LiDAR scanner and dual-LED flash, inside a square module. The power key lies on the right, while the left features the volume key and silencer switch. Also, the SIM tray is now on the left. On the bottom, it has a lighting port, a mouthpiece, and a stereo speaker. The total weight of the iPhone 12 Pro is 189 grams.

Apple has implemented the A14 Bionic SoC, the first 5nm SoC in a smartphone. It promises up to 50% better CPU and GPU performance. Similarly, the neural engine is now 16 cores, giving 80% faster machine learning performance. The 12 Pro has 6GB RAM and storage variants of 124GB, 256GB, and 512GB. 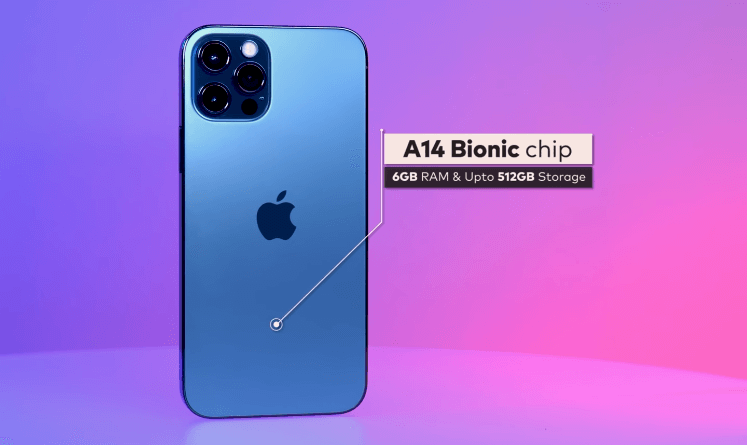 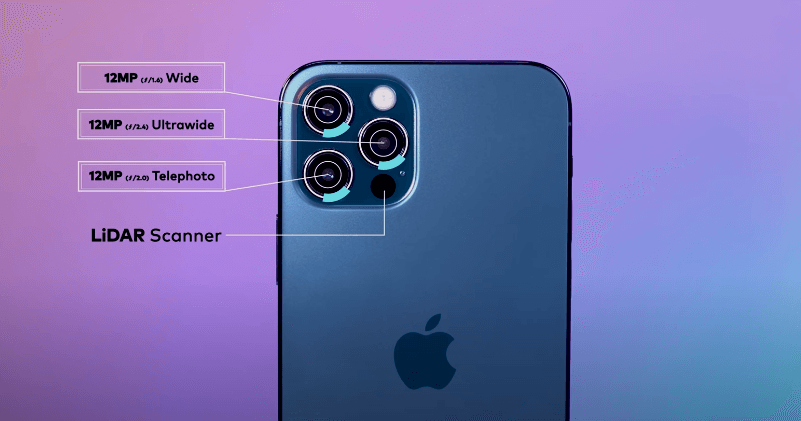 It can now process images with Smart HDR 3, Night Mode, and Deep Fusion. Deep Fusion helps give a perfect picture when the light condition is low or indoors.

Images are not jaw-dropping gorgeous, but they are well balanced with reasonably low noise, accurate white balance and colors, and contrast. Overall, the photos are similar to that of the iPhone 12, 11, and 11 Pro. On the other hand, the telephoto camera gives outstanding output with plenty of details. The Night-mode is automatically triggered when the light is low.

Selfies are high in detail and contrast, with the balanced noise. Portrait mode is present on both cameras. The selfies’ two outputs are achievable: 7MP with slight zoom and 12MP full mode.

All the cameras support up to 4K at 60fps video recording with cinematic stabilization and expanded dynamic range. The 12th series of the iPhone is the first to allow video capture straight into the Dolby Vision dynamic HDR video format.

A 2815mAh battery fuels the Apple iPhone 12 Pro. As the news was widespread, you may already know that the iPhone 12 series ships without a charger, but you can buy Apple’s 20W Power Delivery charger or any other USB-PD compatible adapter. It also supports 15W fast wireless charging with a MagSafe charger. 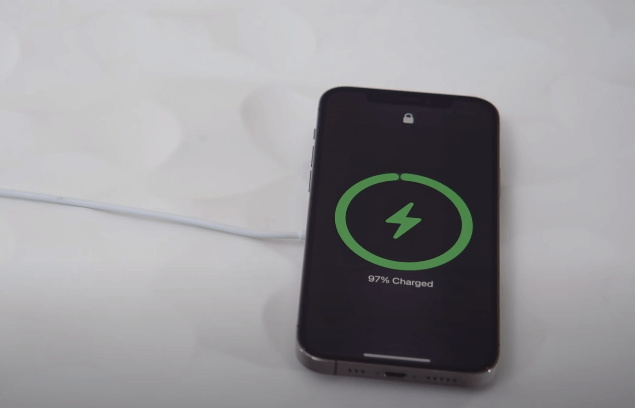 The battery refills 59% in 30 minutes with the 20W Apple’s charger. It provides 18 hours of talk time, 12 hours of web browsing, and 14 hours of video playback. The endurance rating is 81 hours.

The iPhone12 Pro price in Nepal starts at 175,000 (128GB). Similarly, the authorized distributor of Apple products is Generation Next Communications Pvt. Ltd and the authorized resellers are Oliz Store, Futureworld, and EvoStore. You also get the 1-year of breakage insurance on the entire iPhone 12 series.

Meanwhile, before buying iPhone 12 Pro, I recommend you check out the Samsung Galaxy S21 series that comes at an even lower price but gives better performance. The competitive companies, Samsung and Apple, are trying their best to provide more value to the consumer, and their competition positively benefits us.