Honor Band 6: The King Of Budget SmartBand, Launched in Nepal 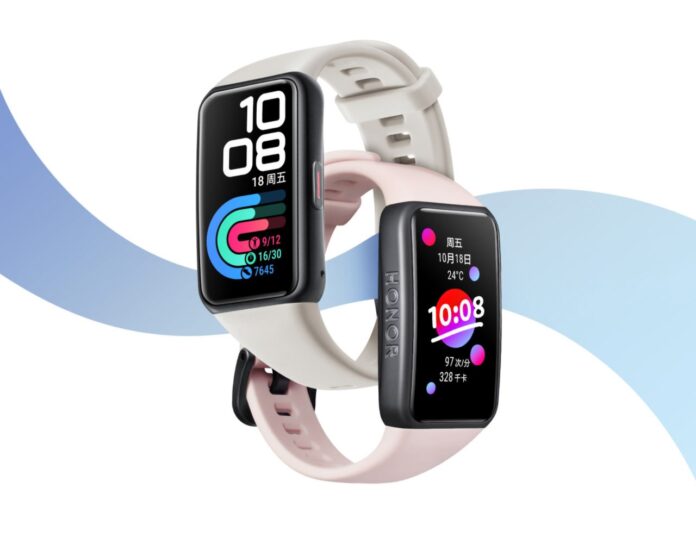 The Honor band 6 is quite similar to Honor Watch ES. Honor Band 6 has a large screen with narrow bezels for easy operation and a phenomenal visual experience. It offers a long battery life and has various exciting features with unique software algorithm and optimized optical hardware.

The smart band Honor Band 6 is 1.47 inches (3.73cm) AMOLED display with a fascinating visual experience. It is a lightweight device that weighs 18 grams without straps. It has a 2.5D curved glass protection with a resolution of 194 x 340 pixels. Around the screen, there is a black bezel. This smart band has a magnetic charger having dual pogo pins at the back.

In terms of design, this band has a red line button on the right side, and on the left side, there is an honor logo design. On the backside, there are two sensors for tracking heartbeat rate and SpO2. For easy access to all the functionalities available, it has a large display.

Honor Band 6 has a large selection of workout modes to track physical exercises such as running, walking, cycling, and other activities. There are 10 goal-based sports modes available in this band. Four of them are autodetected. There is also a guided breathing app on this band that helps you to relax. TruSleep algorithm in this band can precisely record sleep duration and stages. It also records your performance even underwater. It also detects an abnormal heart rate and gives you an alert. 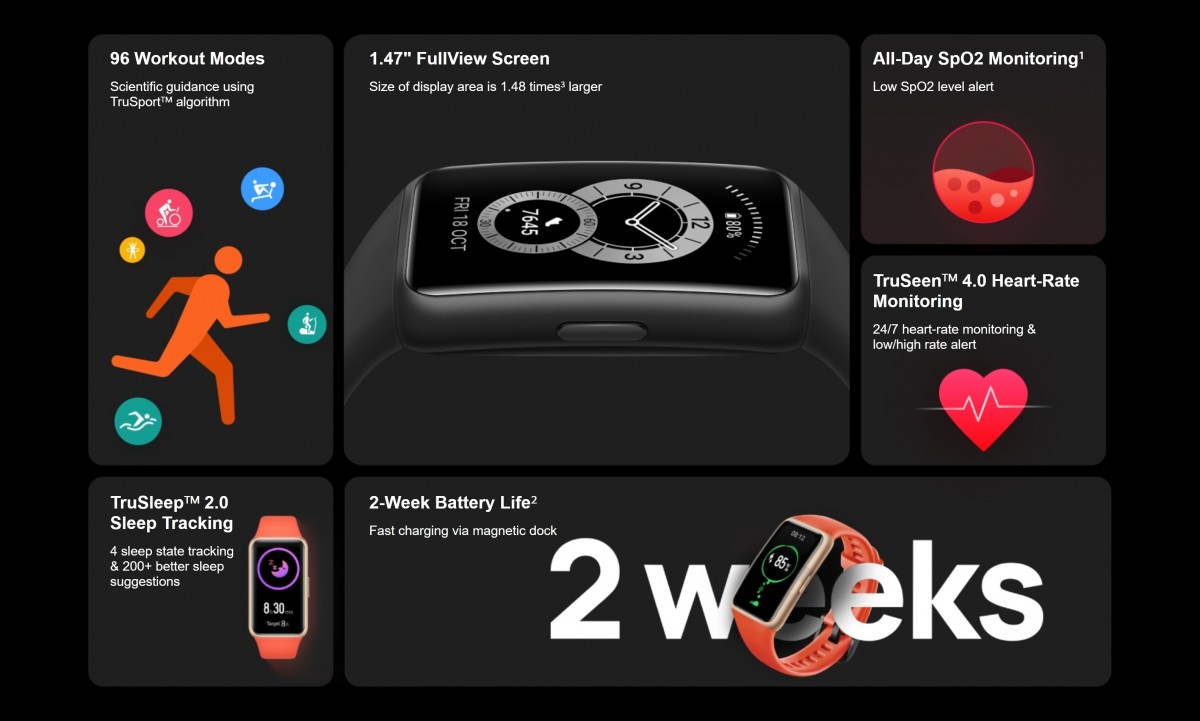 Honor Band 6 has an impressive battery life of 14 days for typical use and equips with an optimized 180 milliampere battery. It has fast magnetic charging to free make one free from a long recharge time. You can charge this band in less than an hour.

Rest of the Features

Honor Band 6 is a great budget smart band with a lot of cool features. It has an on-demand SpO2 monitor, stress level monitor. Band 6 reminds you of everything that requires attention, like incoming messages, daily plans, and so on. A fantastic feature is that it even tracks the period calendar and allows you to see your upcoming estimated fertile window and compare all your stats in one place, giving you a better overview of your health.