Gionee P15 with 5,000 mAh Battery is Official in Nepal 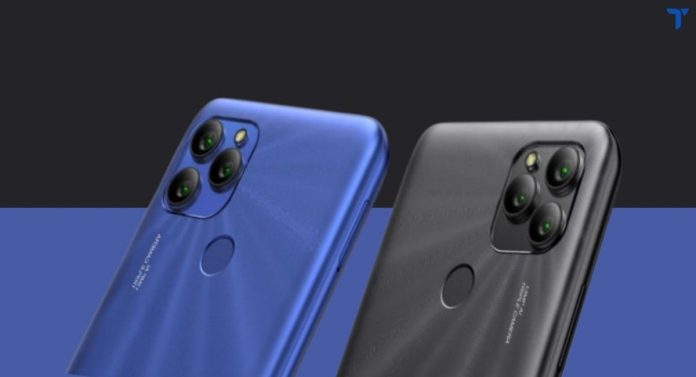 Gionee P15 is an affordable smartphone with average features and specifications. However, the battery and its performance are quite impressive.

Gionee P15 sports a 6.52-inches water-drop display. The display has an aspect ratio of 20:9 and supports HD+ contents. Similarly, the smartphone has a high definition resolution of 1600 x 720 pixels, while the screen-to-body ratio is 89.2%. It perfectly fits in hand and is easy to carry.

The Selfie camera sits inside a water-drop notch, whereas the triple rear camera sits inside the square module, similar to the iPhone 11 Pro. The right side of the Gionee P15 houses a volume rocker and a power button, while the left side has a SIM card tray. On the bottom, the smartphone has a USB Type-C port, a 3.5mm headphone jack, and a speaker.

Gionee P15 supports face unlock and fingerprint reader. The fingerprint sensor is on the rear side of the phone.

Gionee P15 adopts the UNISOC SC9863A processor. It is an octa-core processor with a clocking speed of 1.6GHz. Likewise, the processor provides easy flow and switching between apps.

On the other hand, the Gionee P15 has only a storage option of 2 GB RAM and 32 GB ROM. It is expandable up to 256GB of ROM via a microSD card.

The smartphone boots on Android GO out of the box; however, the exact version is still unknown.

Gionee P15 features a triple camera on the rear. It has a 13 MP primary camera, while the other two cameras are VGA sensors.

The Selfie camera of the Gionee P15 has an 8 MP sensor. It has a beauty algorithm that supports the image and blurs the background making you stand out from the crowd.

A 5,000 mAh battery fuels the Gionee P15. The smartphone has an advanced power-saving system and ultra-battery endurance.

Hence, it intelligently extends the battery life. Additionally, the smartphone automatically switches to Low Power Mode when the battery gets below 15%.

The other competitors of Gionee P15 in Nepal are Redmi 9A, Infinix Hot 9 Play, and Samsung Galaxy M02s.