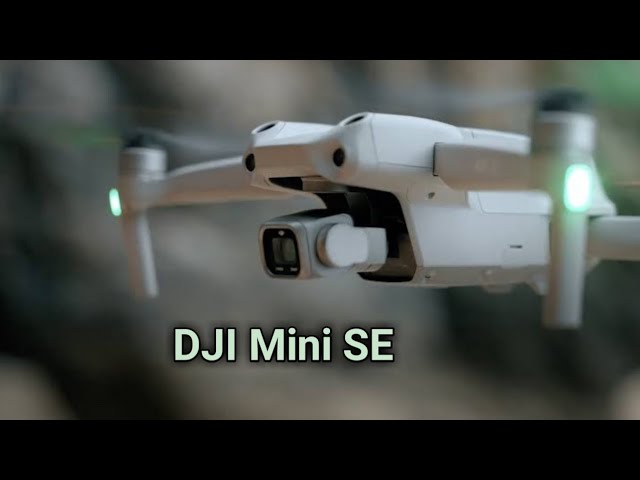 DJI has given us so many options over the past couple of years regarding choosing a drone. DJI has released a series of drones recently that have been more affordable. Mini SE is a stripped-down version of the Mini 2. It is as light as smartphones.

It is the most crucial release because this type of drone is considered a loss leader. It’s a drone meant to draw people in and get them involved in the ecosystem. It is the most affordable DJI product that we’ve ever seen, and it’s going to bring in a plethora of new flyers that were probably previously turned off by the higher price tags of other DJI components.

DJI Mini SE is compact-yet-powerful and the perfect creative companion, capturing your moments in a way that effortlessly elevates the ordinary. You’ll enjoy a simplified flying experience and as it has a DJI Fly app that is easy to use. It supports 2.7K Quad HD videos and also supports 12MP aerial photos. This drone is mainly intended for beginners with no previous experience.

The DJI Mini SE weighs about 250gm, and because of Mini SE’s weight, it helps to stay in the air for a bit longer time than that of other similar consumer FlyCams available on the market. It helps to enjoy up to 30 minutes of flight time if the battery is charged fully.

The DJI Fly app offers access to a social media platform, SkyPixel, for integrated users to share their aerial photos and videos. Browse work, share your own, and even discover popular aerial photography spots in your area.

DJ Mini SE was available from June 30th, but it came with a surprise because the Mini SE, for now, will not be available worldwide. It is currently only available in certain regions such as Southeast Asia, Russia, and South America. Those are the only regions where you can purchase the DJI Mini SE on the official DJI store.

DJI Mini SE comes at a significantly cheaper price. DJI Mini SE is now available in Malaysia at RM 1,349. So, we can expect that its price can be around NPR 45,000 when it launched in Nepal.

You may also see DJI FPV Drone with New Controller is Now Available in Nepal from the same DJI brand.

Disclaimer: We cannot guarantee 100% about the information given on this page.