Xiaomi Mi 10i With 108MP Camera Launched in India | Price in Nepal? 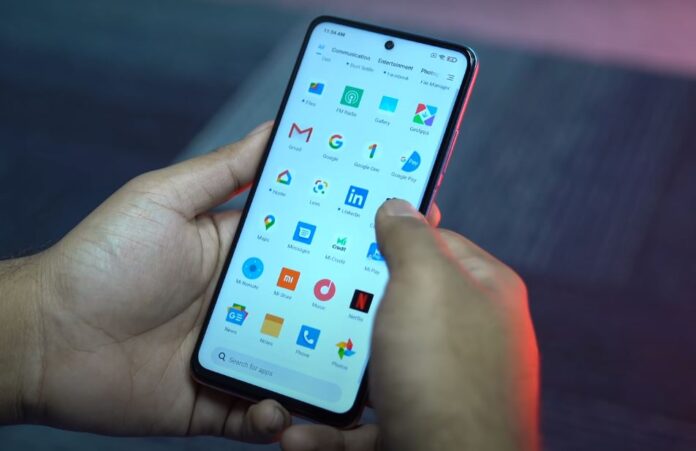 Xiaomi is expanding its Mi 10 series with the launch of a new smartphone, Xiaomi Mi 10i. The phone is a mid-range having a starting price of INR 21,999 in India. The expected Xiaomi Mi 10i Price in Nepal is NRS 38,000. It was launched on 5th January 2021. The ‘i’ in 10i stands for India as the phone is made in India and comes with customized features exclusively for Indian users. It is a part of the Make in India initiative.

Did you read the topic carefully? You did, right? Yes, the phone headlining feature is a 108MP camera placed next to the 8MP ultrawide camera—the adaptive refresh rate of 120Hz when gaming and 30Hz when browsing social media is also impressive. Snapdragon 750G chipset is another attractive feature of the phone.

Xiaomi Mi 10i has a 6.67inches FHD+ AMOLED screen of resolution 2400 x 1080 pixels. The Corning Gorilla Glass 5 gives protection to both on the front and back. It weighs 214.5 grams, which is quite bulky. A stunning 120Hz Intelligent Adaptive Sync Display with smooth and exquisite visuals is present. The blue light filter, which protects the eyes, is another feature.

The back panel comes with a smooth matte finish, and the quad-camera at the back is a circular camera module. The phone branding is at the lower end on the back. As usual, the fingerprint sensor is side-mounted along with the power button. The volume rockers are just above it. We can see the IR blaster at the top while the bottom has a headphone jack, Type C port, and dual speakers.

The selfie camera is at the top-center in a punch-hole. The phone comes in three color variants: Pacific Sunrise, Midnight Black, and Atlantic Blue.

The Mi 10i is backed by the 5G ready Snapdragon 750G chipset. It has advanced Qualcomm Kryo 570 cores, an octa-core processor up to 2.2 GHz, and the GPU of Adreno 619. The latest Qualcomm Snapdragon 750G comes with a highly improved CPU, GPU, and AI compared to the previous generation.

The video of 1080p @30fps and 720p @120fps is recordable with the front camera. Following this, the selfie video with time-lapse can also be recorded.

The smartphone is powered by a 4820 mAh battery that supports 33W fast charging with the required power adapter provided in the box. USB Type-C reversible connector port is present. The battery also supports the PD charging protocol. The battery could be charged to the full in 58 minutes as per the company’s claim.

Xiaomi Mi 10i Price in Nepal and Availability

Meanwhile,you can have a look at the Xiaomi smartphones price list in Nepal.

Nokia 2.2 with Helio A22 Chipset Launched in Nepal

Oppo Reno 3 Launched in Nepal: The Cheaper version of Oppo...