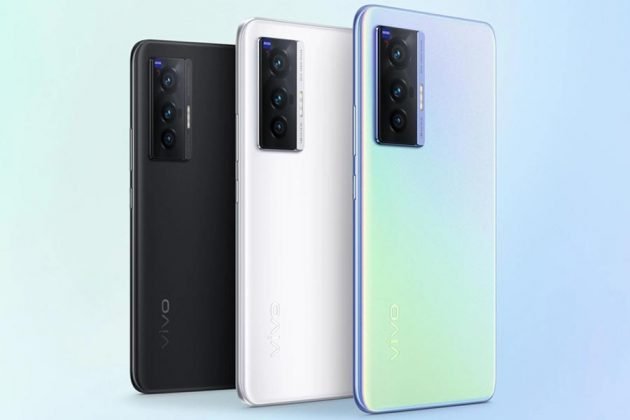 Vivo has recently launched Vivo X70 series in China with three different models, Vivo X70, X70 Pro and Vivo X70 Pro+. All three variants come with upgraded features and high price tag as they fall under flagship category smartphones. In this article, we will discuss about the vanilla and pro versions of Vivo X70 along with their specifications and pricing.

Vivo X70 and X70 Pro are the standard variants of the series. Both offer same level of specs sheet and performance and have similar body design. However, there are some major differences in terms of chipsets and few other features, resulting into noticeable price variance. You can expect a good user experience from both devices. Both X70 and X70 Pro sport a 6.56 inches AMOLED display with an FHD+ resolution of 1080 x 2376 pixels. The display screen supports 120Hz refresh rate. There is an under-display fingerprint sensor for biometrics along with face unlock. The vanilla version is available in two colors – Black and White, whereas, the pro model comes in Blue.

The major difference between Vivo X70 and X70 Pro lies in the chipsets used. Vivo X70 is powered by MediaTek Dimensity 1200 SoC paired with ARM G77 GPU. On the other hand, the pro version integrates Exynos 1080 SoC paired with ARM G78 GPU. Both system setups can deliver high end performance and fast processing. Users can load heavy apps and play games without any lag.

For memory processing and storage, the vanilla model comes with 8/12GB RAM and 128/256 GB internal space. Similarly, the pro variant has 12GB RAM and 512GB of onboard storage. The available memory options are enough to install numerous apps and store data on the device. They run on OriginOS 1.0 based on Android 11.

Likewise, the pro variant has a quad rear camera setup that features all the three lenses as vanilla version with a 50MP primary lens with an f/1.75 aperture and an additional 8MP periscope lens with an f/3.4 aperture. For selfie and video call, it has the same 32MP front lens with an f/2.45 aperture. The telephoto lenses also offer 2x optical zoom.

Vivo X70 packs a 4400mAh battery while the pro version is fueled by a 4450mAh battery. Both devices support 44W Fast charging.

Vivo X70 and X70 Pro Price in Nepal and Availability

Vivo X70 and X70 Pro will soon be available for sale in China starting from September 17 for the Pro variant at CNY 4,299 and September 30 for the vanilla variant at CNY 3,699. When released in Nepal the smartphones will fall under flagship price range so we expect their price over NPR 70,000.

Flagship smartphones are mostly very expensive and not much people can afford it. However, such premium devices deliver high level of performances best suited for users who use their smartphones for professional purposes. Tech companies keep launching flagship phones occasionally, some newly released popular brands include Motorola Edge Series, iQOO 8 and iQOO 8 Pro.

Vivo Cut Off the Price in Smartphone as a Nepali New...