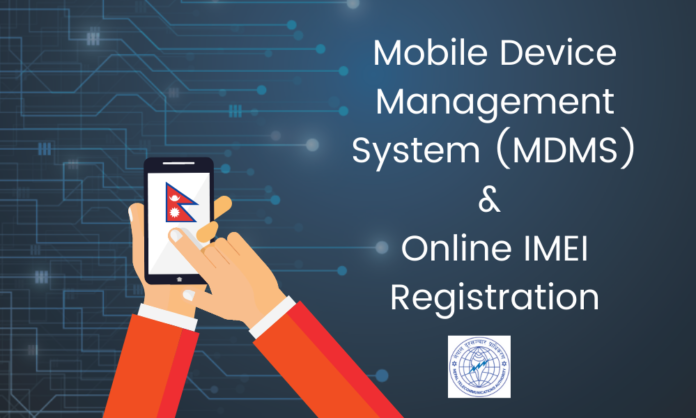 After the outbreak of the COVID-19 virus in Nepal, countless numbers of people lost their jobs. The pre and post scenario of Nepal has been changed. However, it became a favour for smartphone companies in Nepal.

Nepal has imported Mobile phones worth more than Nrs.17 Arba in the last 5 months of this fiscal year (2077/78). More than 27 lakh pieces of the mobile set were imported during this time. The trend of online classes, conferences, and meetings boomed suddenly. People started adopting technology and smartphones and the internet turned out to be as basic a need as per today’s scenario.

Activities like selling smartphones via the grey market have been a major problem for the nation. To eradicate the problem Nepal telecommunication authority (NTA) has made IMEI numbers mandatory for every mobile phone. As per NTA plan, Mobile phones with IMEI numbers that are unregistered would have been dysfunctional from May 11, 2021 A.D (Targeted date by NTA). But it could not execute the plan as per their planning.

In an event of the 23rd anniversary of NTA, Mr. Purushottam Khanal (Chairman, NTA) made an announcement stating that Mobile Device Management System (MDMS) will be launched in Nepal from Jestha 92078 B.S). Along with the launch of MDMS, the online IMEI registration of smartphones has been started via NTA’s official website. However, due to various issues again, it could not implemented the MDMS on earlier decided date.

The Government has also allocated budget in the Tech, Innovation and Digital Economy of the country.

How To Register IMEI Number Online in Nepal?

IMEI numbers of mobile phones can be registered online in Nepal through NTA’s official website. Follow the below-mentioned steps to register the IMEI number.

In 2016 NTA made the registration of IMEI numbers compulsory in Nepal. NTA had a motive to stop the selling of smartphones via the grey market. Once NTA even stated that phones having unregistered IMEI numbers will be dysfunctional from April 1, 2017. However, due to various reasons, the organization could not execute the plan.

Even after 4 years of the rise of the grey mobile phone market, the online IMEI registration system has not eradicated the problem. So NTA has finally come up with the MDMS with a bold launch date.

After the launch of MDMS, the illegal import of mobile phones will most probably be solved. And the mobile phones with unregistered IMEI numbers will no longer work/be operable. This system will officially end the sale of smartphones from illegal sources/channels.

What is MDMS? Cost Of MDMS?

Mobile device management (MDM) is software that allows IT administrators and authorities to control, secure, and enforce policies on smartphones, tablets, and other endpoints. In general, it’s a government-owned system to track and keep records of imported smartphones and similar devices.

After the launch of MDMS, the distributors and importers have to register each device with an IMEI number in NTA’s MDMS. If not registered the SIM card won’t be operable in Nepal.

What happens if the smartphone is brought/gifted from abroad?

In the case of smartphones that are brought from abroad, you need to pay extra charges to get your IMEI number registered in Nepal. You can register it via your mobile phone’s official importer/distributor.

However, the exact policy/modality of the system hasn’t been finalized yet. Furthermore, this system will let you track/find your lost or stolen mobile phone. This will be fruitful for both the government agencies and the end customers.

The step of NTA will make a positive impact on the financial regulation of the nation. Now, the illegal importers and distributors won’t be able to deceive on the 13% VAT and 2.5% excise duty on mobile imports. This will drastically end the grey market of smartphones in Nepal. In the present scenario, the demand for mobile phones and other electronic devices is increasing. The students are adapting smartphones for their studies.

According to Nepal Mobile Distributors Association (NMDA), the grey market covers around 25% of the overall smartphone market in Nepal. Now the new policies and modality will kick out the grey market of smartphones from Nepal. Let’s hope for the proper homework and execution of the policy from the Nepal telecommunication authority (NTA).

Rabi Lamichhane, Will Raise the Fund to treat COVID-19 Patients via...