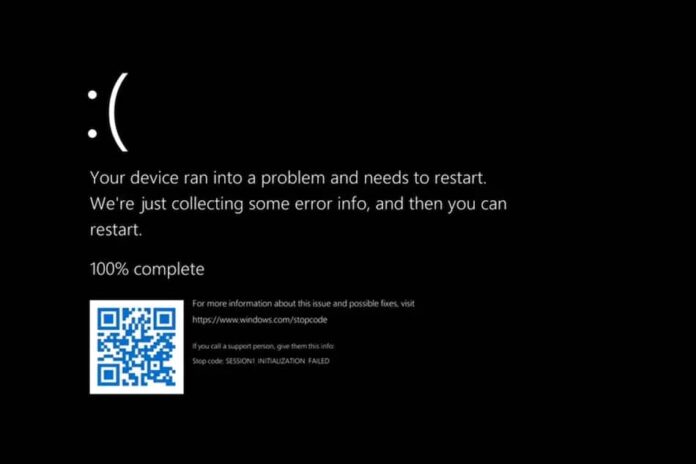 The most common Blue Screen of Death (BSOD) in windows will no longer appear blue. Microsoft has announced to change the blue screen into black. The company has been testing its new design changes in a Windows preview which also includes the change in BSOD. According to reports, the visual change in BSOD is particularly made to complement the refreshed theme of Windows 11.

Every windows user has seen the Blue Screen of Death at least once or multiple times. A BSOD is just an error or bug check in Window’s internal kernel. It usually includes a dump of data that the system administrators can use to analyze what system fault caused the blue screen. The screen generally appears on a blue background with a message about some error; there is also a sad face and a QR code.

Microsoft first introduced the BSOD in Windows 3.0, with an aim of offering a way for IT professionals and support personnel to diagnose hardware and memory faults. It had got a major change in Windows 8 in 2012 with an addition of a sad face and then a QR code in 2016.

As far as the update in BSOD is concerned, Microsoft will be only switching to a Black Death of Screen in Windows 11, which seems to be a mere change. Other details like the sad face and QR code will remain the same. Currently, Microsoft has been using a green BSOD for the Windows 11 preview. The green BSOD was in existent since 2016 and used for Windows Insider builds.

The change in color is a very slight update but the reason behind it is not yet clear. However, some theories suggest that since Windows 11 includes several visual overhaul to give a fresh approach to the OS, BSOD also gets the change. Other visual overhaul to modernize the OS in key areas, include classic parts like the Start menu and File Explorer. This new switch for Windows 11 also includes black logon and shutdown screens.

SpaceX’s Starlink Expects it can Provide Global Coverage around September

DishHome FiberNet at just NPR 233 Per Month, Packages and Price