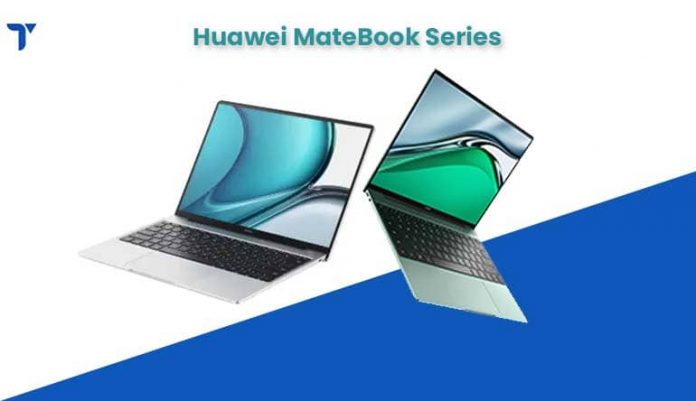 Huawei has extended its MateBook series adding two new laptops, MateBook 13s and 14s. Both are high specs laptops that come with pretty impressive build quality that can easily meet most user expectations. In this article, you will find the specification details of the laptops and its comparison with other competitors.

Huawei MateBooks are quite popular laptops since they offer a powerful specs sheet making them a strong competitor against other brands like MacBook. They integrate top class hardware such as high resolution display, 11th Gen Intel Core processor, Huawei quad speakers and many more. Huawei App gallery and dedicated sharing are also some attractive features.

Huawei MateBook 13s and 14s have slim design and lightweight body for easy portability. They have full size backlit keyboard with 1.5mm of key travel and a large touchpad with multi-touch support. The power button has an embedded fingerprint sensor for security. Both laptops are very alike with a slight measurement difference. Here MateBook 13s has a body dimension of 297.2×218.4×16.5mm and weighs 1.32kg while MateBook 14s measures 313.82×229.76×16.7mm weighing 1.43kg. The laptops sport a 2k LTPS touchscreen where MateBook 13s has a 13.4 inches display and MateBook 14s has a 14.2 inches display. The displays have a screen resolution of 2520 x 1680 pixels with 3:2 aspect ratio and 400 nits of peak brightness. They both support 90 Hz refresh rate and 100% sRGB color gamut coverage.

For a powerful performance, Huawei MateBook 13s and 14s are powered by 11th-generation Intel Core i7-11370H processor paired with Intel Iris Xe Graphics. Both systems are compatible with Huawei App Gallery that allows users to access multiple mobile apps. There is a dedicated Huawei Sharing to extend connectivity with other compatible devices; it also allows users to project their laptop screen to a Huawei tablet. In terms of memory configuration, MateBook 13s has 16GB of LPDDR4x RAM and 512GB of NVMe PCIe SSD storage while MateBook 14s has the same RAM with 1TB of NVMe PCIe SSD storage. Both laptops have four speakers and four microphones, boosted by company’s in-house Huawei sound to deliver a premium sound experience. They run on Window 10 which is upgradable to Windows 11.

Huawei MateBooks 13s and 14s packs a 60Whr battery and both support fast charging. It comes with a 65W charger and the latter with 90W adapter.

Huawei MateBook 13s and 14s Price in Nepal and Availability

The starting price of Huawei MateBook 13s and MateBook 14s are CNY 6,999 and CNY 7,999 respectively for the base variant. The i7 model with 16GB RAM and 1TB storage has a price of CNY 8,999. These are premium quality laptops and there is a mere possibility of their release in Nepal. However, in case you want to order it internationally, it might cost over NPR 1,50,000.

High performance laptops have a high demand among users. People buy such laptops for both personal use and professional purposes. So tech companies are consistently manufacturing premium quality laptops, some latest ones are Lenovo Thinkpad X1 Exptreme, Mi NoteBook Pro X15.

Huawei Y9s With Pop Up Selfie And Bezel-less Display Launched In...