Benco V80 – A low budget Smartphone is now Available in Nepal, in all the Variants 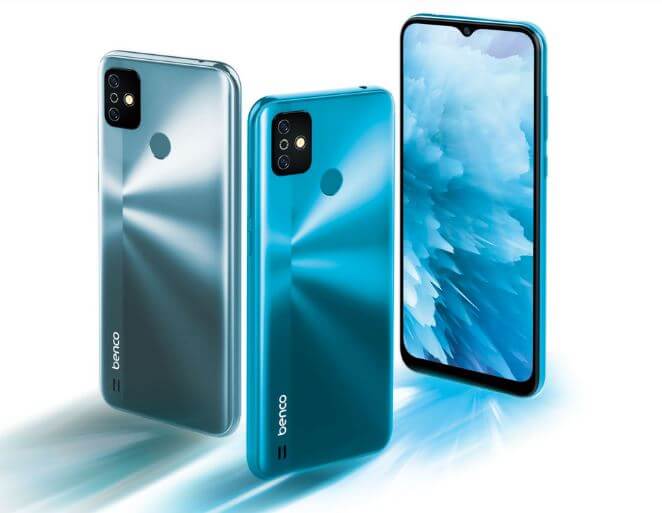 INONE Technology has recently announced a new smartphone under the brand – Benco; it has released benco V80 in the V series of the Benco. The company launched it as a low-budget smartphone in Nepal. The price of benco V80 in Nepal is NPR 11,777 for the base variant of 3/32 GB and NPR 13,599 for the 4/64 GB variant. Let us explore more about this low budget smartphone in depth.

Being a low-budget smartphone, benco V80 still has good offerings in terms of battery and memory variants. It is a 4G smartphone with a larger display and a bigger battery.

The smartphone has a 6.517-inches water-drop display that houses a selfie camera. A high score of 89.5% screen-to-body ratio and an aspect ratio of 20:9 brings a larger view area. Likewise, the resolution of the benco V80 is 1600 x 720 pixels.

The smartphone’s display has thin bezels on the side with comparatively thick bezels on the chin. It houses a dual camera with an LED flash on the rear inside a rectangular module. A speaker also lies on the back, at the bottom below the branding of the benco.

It has a sleek body and smooth edges, fitting perfectly in the hands. The back has a glossy finish with a subtle wavelike pattern. The smartphone is available in two colors: Greenish Silver and Cyan Blue.

An octa-core, clocking up to the speed of 1.6 GHz, handles the smartphone’s processing. On the other hand, Imagination GE8322 looks after the graphics.

The smartphone runs on the latest Android 11 OS.

Benco V80 has a dual rear camera of 8 MP, each with an aperture of f/2.0. A back flash accompanies the camera on the rear. The AI algorithm gives real-time image optimization. Similarly, the rear camera can automatically identify the scene in the frame to adjust the color and brightness.

The selfie camera is also an 8MP sensor with AI portrait mode. It also has varieties of face beauty features, creating artistic selfies.

A 5000 mAh battery fuels the smartphone with a 31-day standby time. It has 23 hours of voice calling and 13 hours of Facebook browsing with the support of a built-in AI power-saving mode.

Further, the battery gives 18 hours of YouTube, 60 hours of music, and 11 hours of gaming.

The official price of benco V80 in Nepal is NPR 11,777 for the base variant of 3/32 GB and NPR 13,599 for the 4/64 GB variant. The smartphone is perfect for someone who uses the smartphone for basic purposes only.

You can purchase the smartphone from any mobile retailer nearby you. The authorized distributor of benco smartphones is Ambe Mobiles Pvt. Ltd.

Samsung Galaxy F62 with Exynos 9825 launched in India, may launch...