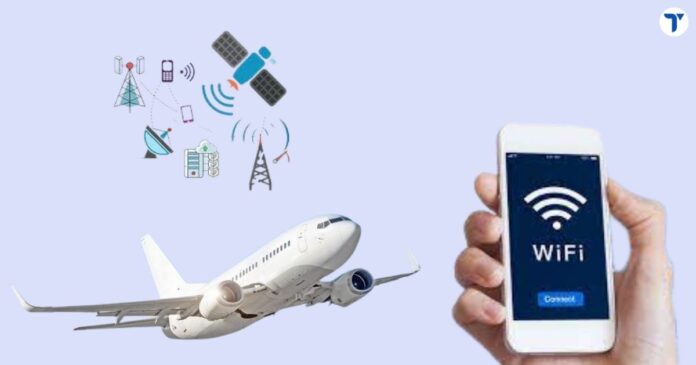 Nepal has become the third county to allow in-flight internet service to the international airline companies in Nepal’s sky. In contrast, many countries have already granted to use an in-flight internet service. With the other two countries India and Afghanistan, in South Asia, Nepal has become another country on joining the list for providing telecom and internet service for its passenger in an international airline. According to NO, passengers will get access to use an internet and telecom service in a few months.

Airline companies can directly apply at NTA for an in-flight service if they have received ICAO’s authorization (International Civil Aviation Organization). They are permitted to provide internet and telecom services above 10,000 feet only in Nepali Sky.

NTA has finally approved two ISPs to provide an internet service during flight after two months of lengthy discussions and planning. The proposal for an in-flight service was submitted in April. Thales Ink and Sita for Aircraft are the companies that are chosen for providing a service to an international flight.

Generally, there are two types of technologies considered for in-flight connectivity. One is to link an antenna at the bottom of the plane’s fuselage that receives signals from the nearest ground towers. To some certain height, this connection will be flawless.

Next comes a connection with a satellite where an antenna is used to contact the orbiting satellite (geostationary). The plane self-acts as a wi-fi hotspot where a passenger on the place can connect to the wi-fi where users can do anything like emails, calls, watching videos, etc., as in-home internet.

Service to its passengers can only be offered above 10,000 feet from the ground level because the airlines provide this service below 10,000 feet, resulting in the interruption of the frequency bands that are being used in the country as per NTA.

With the service comes a hike in the price for a flight as it offers a comforting service. Telecom service can only be used by those who have their sim cards based on the country’s network at a local rate. The ones who don’t have a sim card are provided with various packages and free browsing with a specific volume of data as the onboard wi-fi has internet service.

Smart Lights Installation in the Streets of Kathmandu and Lalitpur