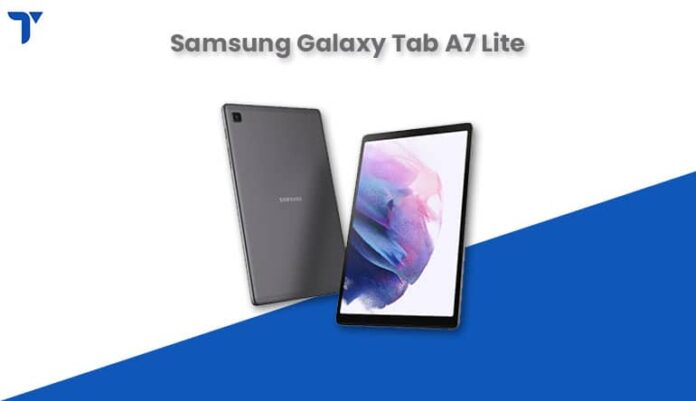 Samsung unveiled two different models of tablet Galaxy Tab A7 Lite and Galaxy Tab S7 FE. A7 Lite is a budget offering tablet with entry level specs and low pricing, whereas S7 is close to a flagship tablet that offers premium specs and features. This article is a walkthrough of Galaxy Tab A7 Lite so you will get a brief idea on what to expect from a budget range tablet.

Being a budget tablet, A7 Lite has made some compromises in terms of build quality and internal specs. The display is average in comparison to other mid-range tablets and doesn’t style a fancy look. It comes with a beginner chipset and minimum memory option which doesn’t suit high intensity performance. Still, the low pricing of Galaxy Tab A7 Lite makes it a good fit for novice tablet users.

Tab A7 Lite comes with a metal casing and has a body dimension of 212.5 x 124.7 x 8.0 mm, weighing 366 grams for the Wi-Fi variant. The LTE variant is slightly heavier and weighs 371 grams. At the front and back, it houses a single camera setup. Large volume control is placed on the right hand side right below the power button.

It features an average size display of 8.7-inch TFT LCD panel. The display screen has a 1340 x 800 pixel resolution. The bezels around the screen are noticeably thick mostly on the top and bottom. You will find two color variations on the tablet: Gray and Silver.

The specs sheet of the tablet isn’t completely revealed but it is said to be powered by Mediatek Helio P22T chipset. It is based on an Octacore processor with the CPU core clusters clocked at two different speed rate of 2.3GHz and 1.8GHz. You can perform normal tasks like music playback, videos and playing minor games without interruption but it might not handle high graphics games. 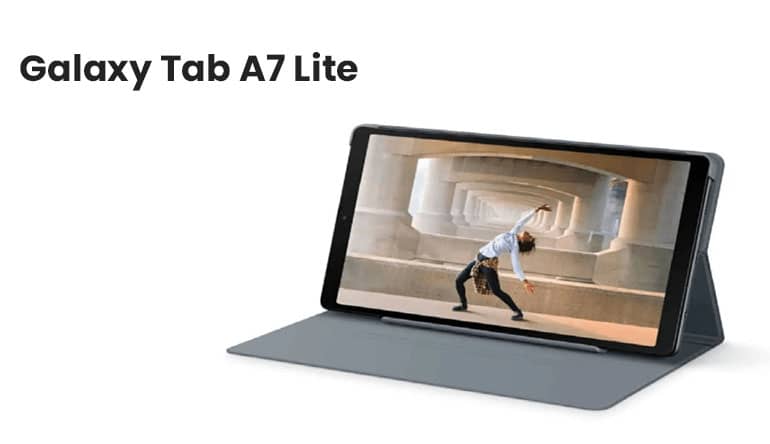 Galaxy Tab A7 is available in the memory variants of 3GB RAM with 32GB internal storage and 4GB with 64GB internal. The internal space isn’t much but you can expand the device storage capacity using a microSD card. It runs on Android 11 with One UI 3.1.

The camera system comprises a single camera on both the front and rear sides. The rear has an 8MP camera with an f.2.0 aperture and supports an Auto-Focus The front camera has a 2MP lens with an f/2.2 aperture and Fixed-Focus.

The audio section has a dual speaker system that supports Dolby Atmos audio. This setup helps boost the sound quality and provides an immersive audio experience while watching videos or playing interactive games.

Galaxy Tab A7 Lite has a 5,100mAh battery that supports 15W Fast charging. It is a moderate battery capacity for a tablet, which can last for several hours of normal usage.

Samsung Galaxy Tab A7 Lite Price in Nepal and Availability

The starting price of Galaxy Tab A7 Lite is £150 for 3GB + 32GB Wi-Fi only variant and £180 for the LTE variant. It will go on sale in the UK from June 18. We can expect Galaxy Tab A7 Lite to release in Nepal soon after it goes global and available at a budget price.