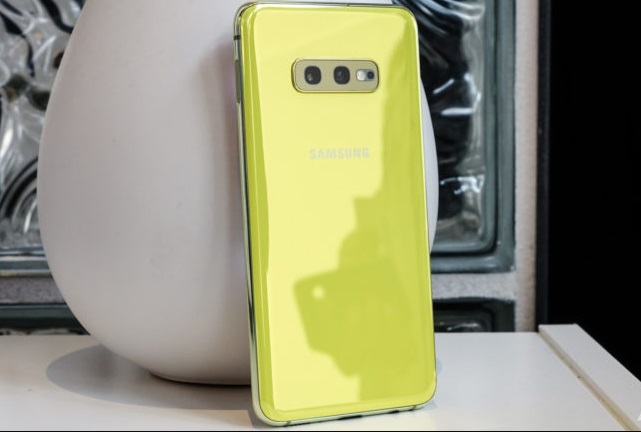 The tech giant, Samsung has offered huge discounts on its S series smartphones including Galaxy S10 in Nepal. The device was launched more than a year before. Finally, Samsung slashed the price of Galaxy S10 to Rs 74,999 for 8GB RAM/128GB storage offering a huge Rs. 9,900 cashback. Exciting. Right?

Samsung Galaxy S10 is the successor of the Galaxy S9 having the in-display fingerprint scanner and triple rear cameras. Having a QHD panel, the display looks pretty amazing Apart from that, the phone runs quite smoothly with the use of a powerful chipset and memory.

A year-old device, Samsung Galaxy S10 has a premium design built with an all-glass design and aluminium frame.

On the rear panel, it has a triple camera setup and on the front, there is a punch-hole display for the selfie camera. Certified with IP68 certification the phone is dust/water-resistant. Also, it is the first flagship smartphone to have an in-display fingerprint sensor which is interesting.

About the display, Samsung Galaxy S20 has 6.1 inches Dynamic AMOLED display. The phone also supports HDR10+, you can use the phone to watch HDR videos on Netflix and Amazon to the fullest. The screen resolution of the device is 1440 x 3040 pixels and is protected by the Corning Gorilla Glass 6.

Under the hood, the Samsung Galaxy S20 comes with whooping upgrades. Powered by Exynos 9820 chipset, the phone runs faster and smoother. It is the flagship chipset with a very good performance. Also, the users from the USA/China have the privilege of using the Qualcomm Snapdragon 855 chipset, which is a bit faster than the Exynos 9820 chipset.

The phone runs on Android 9.0 (pie) and is upgradable to Android 11. Along with it, you can get 8GB RAM and 128 GB of storage. So, whatever you throw at it, the phone can handle very smoothly.

Samsung wants you to take photos at any angle. So, the Galaxy S10 has a triple camera setup on the back with 12MP as the main sensor, 12MP optically zoomed telephoto lens, and a brand new 16 MP ultra-wide lens.

Although Google’s post-processing software engineers a better photo, the Samsung Galaxy S20 camera has also its own rendering capacity.

The device lets you take excellent photos, even in mixed and low light conditions. You can also take objects 2x closer without losing their photo quality. All thanks to the 12MP telephoto lens with 2x optical zoom. Other than that, you can take advantage of the ultra-wide lens used in the device. The lens lets you take the 123-degree field of view which will come in handy in large group shots and landscape photos.

On the front, the Galaxy S10 features a single 10MP camera for selfie photos. The device can capture videos up to 4K at 60fps with EIS technology but supporting HDR10+ via its rear cameras.

Samsung Galaxy S10 comes with a rocking 3400 mAh battery which lasts up to a single day of its normal usage. But the battery life isn’t as good as the S10+. It also comes with 15W of fast charging that takes one and a half hours to fill up the battery.

Let us have a look at its overall specifications.

With the current offer, the price of the Samsung Galaxy S10 in Nepal is Rs. 74,999 for the 8GB RAM and 128GB of ROM. The offer is valid till 31st July 2020. So, grab your opportunity to buy this premium phone. The phone can be purchase through any of the authorized Samsung retail shops.

Realme 7i launched in Nepal with 64MP Quad Camera and Snapdragon...