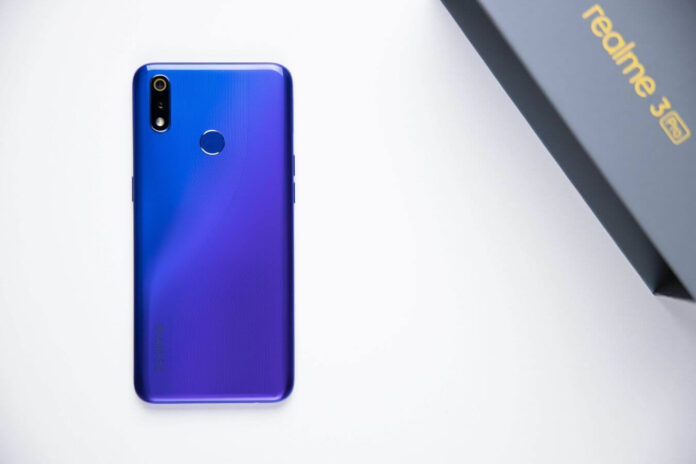 Realme began as a sub-brand of OPPO, made a significant impact in less than a year of its official debut. Since then, Realme has expanded its portfolio of budget phones. Realme launched Realme 3 in its main smartphone product line in 2019.

Priced between Realme Pro and C series, Realme 3 is the successor to the Realme 2 and offers an upgraded AI camera and new design. The device was introduced at Rs. 19,290 for the 3GB RAM, 32GB storage variants, and Rs. 23,090 for the 4GB RAM, 64GB of storage in Nepal.

Being priced below Rs. 20000, Realme 3 offers a good deal. The device comes with an Helio P60 chipset and a beautiful unibody design.

Realme 3 is a trendy phone designed for the youth. It features a seamless unibody design made with plastic, thus comfortable to hold. The back panel displays a gradient color design and comes with a set of two cameras with an LED flash, a fingerprint sensor, and a Realme branding.

Upfront, the Realme 3 comes with a tiny dewdrop notch, which is increasingly common and is less distracting than the wider one we had on Realme 2.

The Realme 3 features a 6.22” IPS LCD HD+ display with a waterdrop notch and a sizeable chin. It comes with a trendier 19:9 aspect ratio and can maintain an 88.3% screen-to-body ratio. However, due to its HD+ resolution (1520 x 720), the pixel density maxes out at just 270ppi. Also, you get the Corning Gorilla Glass 3 protection.

Talking about the performance, Realme 3 is powered by MediaTek Helio P70 SoC for the Indian market and MediaTek Helio P60 SoC for the Nepali market. This is a rather odd decision, seeing as the two-generation-old Realme 1 was also powered by the Helio P60. The processor is backed by the Mali-G72 MP3 GPU, which is sufficient for basic gaming but is certainly not the top-spec we expect.

The performance is complemented by 3GB / 4GB RAM along with 32GB and 64GB of internal storage. And both models come with a dedicated SD card slot that allows users to expand the memory up to 256GB.

Furthermore, the device runs on Android 9.0 Pie with ColorOS 6 on top.

Speaking of the camera, the phone does not offer any special capabilities here. It has a dual-camera in the back comprising a 13MP primary sensor with an f/1.8 aperture size accompanied by a 2MP depth sensor with f/2.4 aperture.

Upfront, you get a 13MP f/2.0 selfie sensor coupled with a larger 1.12-micron pixel size that sits right in the middle of its waterdrop style notch. This also serves for face recognition on the phone. Realme claims it has an AI enhancement and DIY beautification.

The phone can record 1080 videos at @ 30fps, which is quite common. Also, it has Nightscape and Chroma Boost standard alongside AI-enabled scene recognition and Slo-motion video mode that captures 720p video at 90fps.

A large 4230 mAh battery powers the device. However, only a 10W charger is available with this smartphone, and it does not have VOOC fast charging. But the huge battery life of the Realme 3 does make up for it. Besides, the company claims to have provided the phone with a battery optimization mode.

Realme 3 Price in Nepal And Availability 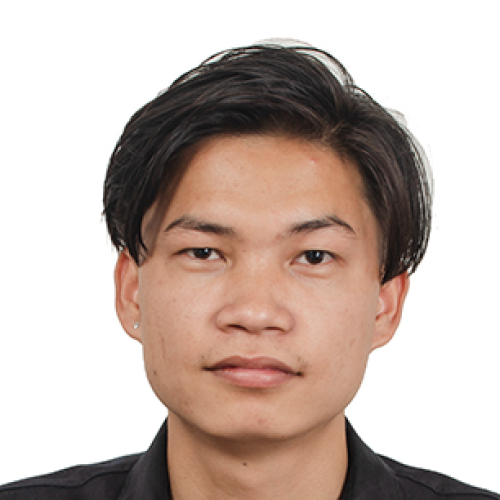 Bishwas Thapahttps://techsanchar.com
At TechSanchar, I am the owner and I manage content related to technologies and gadgets.