Micromax IN 2B and IN 2C Specs Spotted on Geekbench: Unisoc Chipset 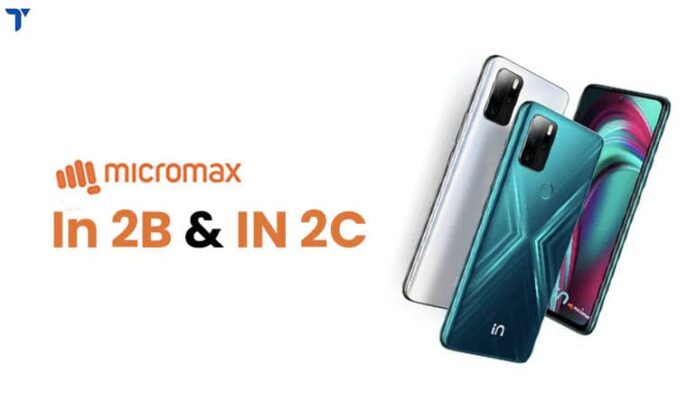 Micromax IN 2B and IN 2C have appeared on the benchmarking site, Geekbench. The upcoming IN models will supposedly be the rebranded version of Micromax’s IN lineup. The IN-branded phones were the company’s comeback in smartphone industry back in 2020. Let’s check out the details of the Micromax IN 2B and IN 2C.

Micromax IN 2B and IN 2C System Information

The system information of the IN model successor provided on the site indicates it to be a budget level phone. It comes with an entry level chipset which is inferior to the previous variants. Since there will be no upgrade on the chipset, we can only expect an improvement in other aspects such as design, display and camera.

Both Microsoft IN 2B and 2C will be powered by the same processor with Unisoc chipset. Micromax plans to opt with chips like SC9863A and T610 to enter the mainstream. Unisoc is primarily a low level chipset which doesn’t suit for high end performance.

Micromax IN 2B and IN 2C Specifications 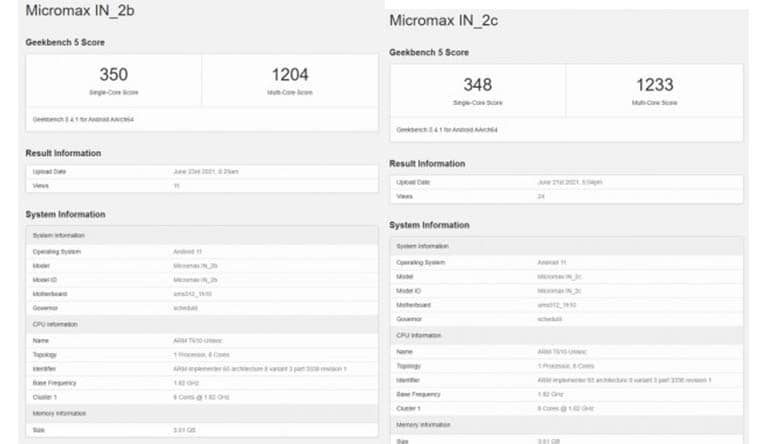 Both variants run on Unisoc T610 and Unisoc SC9863A respectively, alongside an ARM Mali G52 GPU and a 4GB RAM. The Octacore processor consists of two ARM Cortex-A75 cores clocked at 1.8 GHz, six ARM Cortex-A55 clocked at 1.8 GHz. The phones will ship with Android 11 that will not include heavy in-house customization or ads, which will provide a near-stock Android experience.

Micromax IN 2B and 2C Launch Date and Pricing

As revealed by the company officials, Micromax plans to launch more smartphones by Q2 2021. The rumors suggest that the release date of Micromax IN 2B and IN2C may fall somewhere between Late Q2 to early Q3.

The price of the upcoming phones hasn’t been disclosed. However, many smartphone manufacturers have shifted their attention to the more profitable market range of Rs 10,000 to Rs 25,000. This might be a good time for Micromax to enter the budget range market. Moreover, the company has also shared its plans for more upcoming products which include devices like 5G phones, gaming phones, TWS and other smart accessories.

Micromax Launched a Budget Smartphone as Micromax IN 2b with Unisoc...