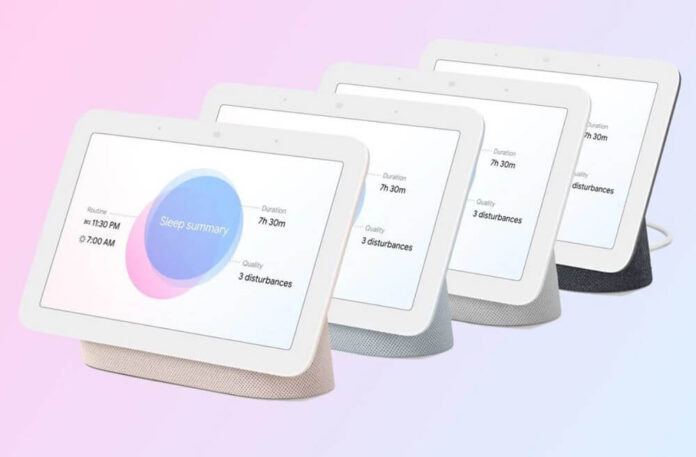 Google has just confirmed the second generation of its Nest Hub, the Google Nest Hub 2. It comes as a successor to the Google Nest Hub launched back in 2018. It brings an upgraded set of features like a Soli-powered sleep tracking feature, louder speakers, and more.

The Google Nest Hub 2 has a very similar look to its predecessor, with a floating screen design. The display of the device is also the same one used in its predecessor. It is a 7 inch LCD touchscreen panel with a resolution of 1024 x 600 pixels. Thick bezels surround the screen with an edgeless design which Google claims makes the device easier to clean.

The device comes with the Soli radar sensor technology, previously seen in Google Pixel 4 smartphone and Google Nest Smart thermostat. It can sense motion and so makes the basis for the sleep tracking feature of the device. With this technology, the device can track when you are asleep, awake, or absent from your bed without using a camera. The device is also able to monitor your breathing, coughing, or snoring while sleeping.

With the data collected, the device can also provide a personalized sleep schedule and suggestions based on your sleeping habits. It will also provide a daily report on the sleep detail and any interruptions you may have experienced through the night. 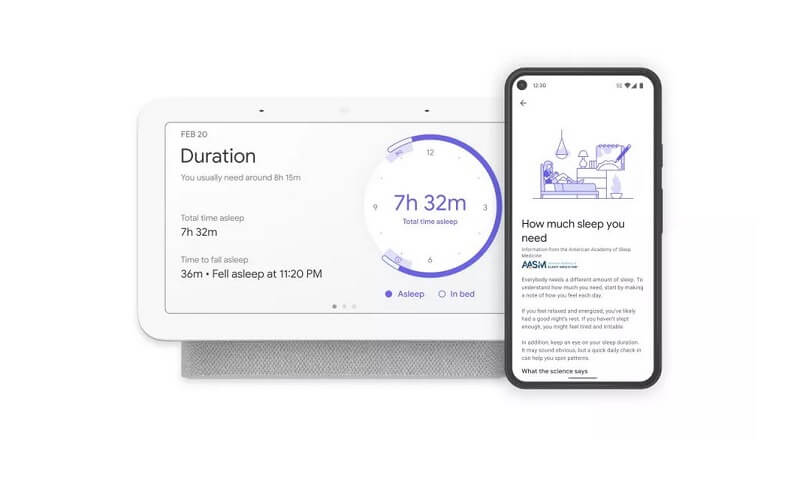 The device is compatible with various audio and video streaming services like Spotify, Youtube, Apple Music, and more.

The Soli radar is not just helpful for tracking sleep, but it also enables quick gesture features similar to the Google Pixel 4. The quick gesture feature allows you to play and pause videos and music just by moving your hands in the air in front of the screen without actually touching it.

Google has included the Thread network in the Google Nest Hub 2, which is a wireless smart home protocol that allows smart home devices from various manufacturers to work together without the need for any third-party services. It also supports Google Assistant with a built-in AI chip that makes the response time even faster.

The Google Nest Hub 2 is available for pre-order in select countries like the US, Canada, France, and Australia. It is officially priced at $99.99 in the US. The device is not expected to launch officially here in Nepal. However, we can expect the device to cost around NPR 15,000 if it launches via the unofficial channel.

Realme 5 Pro Price in Nepal with Specifications and Features