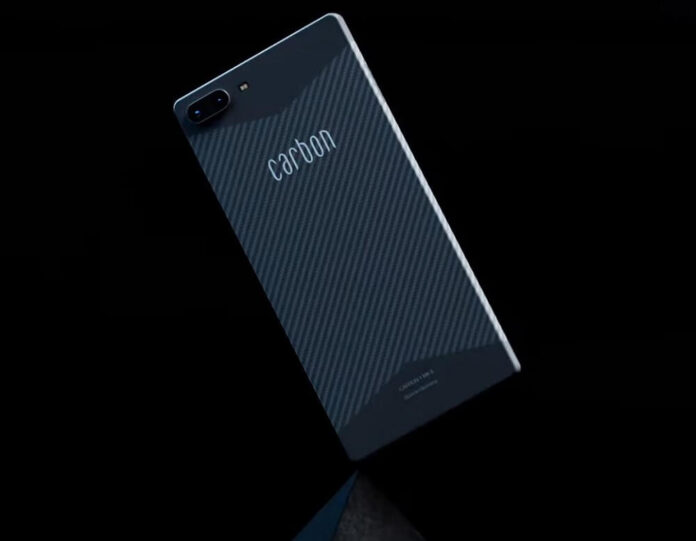 Carbon fiber is a very strong and lightweight material used to make bicycles and even cars for sturdiness. Given its many advantages, it is rarely used in smartphones due to one issue with carbon fiber and that is- it blocks the radio waves. Since phones are based on radio waves to transmit signals, the use of carbon fiber is just not possible that is until now.

Carbon a German company spent years on the issue and they have finally cracked it. They have launched the world’s first smartphone with carbon fiber monocoque and we will take a look at it in this post.

The Carbon 1 MK II is the first device in the world to use a carbon fiber monocoque design. Monocoque design basically means a single shell design i.e all the strength comes from the outer shell and is used in sports cars and airplanes.

The carbon 1 MK II based on this concept does not have any internal frame. Instead, all the components are attached to the carbon fiber. The result of this is a very lightweight, thin, and the strong device body. The device has a thickness of 6.3 mm whereas the mainstream devices have thick of around 8mm. The device is also light, weighing 125 grams, which the company claims to be 33% lighter than other conventional phones.

One of the many advantages of using carbon fiber is reduced plastic footprints. The company claims that plastic composes less than 5 % of the materials used in the construction of the phone. Carbon mobile has equally emphasized the reparability of the device by making it a near modular device. The company also claims that it can be disassembled and converted to raw materials.

With so many advantages, carbon fiber has one huge issue that makes it unsuitable for use in smartphones and that is- it blocks radio waves. As phones are based on radio frequencies for connection this poses a huge impact on the network reception of the device.

However, to solve this issue Carbon has come up with its proprietary HyRECM technology (Hybrid Radio Enabled Composite Material). This technology which has been developed over four years utilizes high-quality carbon fibers with other composite material that allows radio waves to pass through it. It took around 3 hours for the company to create the shell back in 2017. However, it can now build one in just 30 minutes.

The Carbon 1 MK II features a 6 inch AMOLED display panel with an FHD+ resolution of 1080 x 2160 pixels in an aspect ratio of 18:9. The display is protected by the thinnest Gorilla Glass Victus panel yet that measures just 0.4mm in thickness. The display is surrounded by noticeable bezels on the top and bottom chin.

It is powered by a MediaTek Helio P95 processor with PowerVR GM9446 GPU. It is available in the memory configuration of 8 GB RAM coupled with 256 GB of internal storage. There is also the option to extend the memory of the device with an external SD card in the hybrid microSD card slot. As for the software, it runs on Android 10 out of the box which is upgradable to Android 11.

The device packs a 3000 mAH battery, which by today’s standard seems a bit on the low end. However, it does come with support for fast charging. According to Carbon, the device can charge to 50% in 30 minutes.

The phone is quite expensive with a price tag of 799 Euros, considering the features it offers. However, Carbon understands that the phone is competent without being outstanding, with the focus really on the attributes of carbon fiber.

The phone is already available for pre-order from the company’s official site and the delivery will start later this month. It will only be available in some European countries including Germany, Austria, and Switzerland.

Motorola Moto E7 Plus launched in Nepal with a 48MP dual...