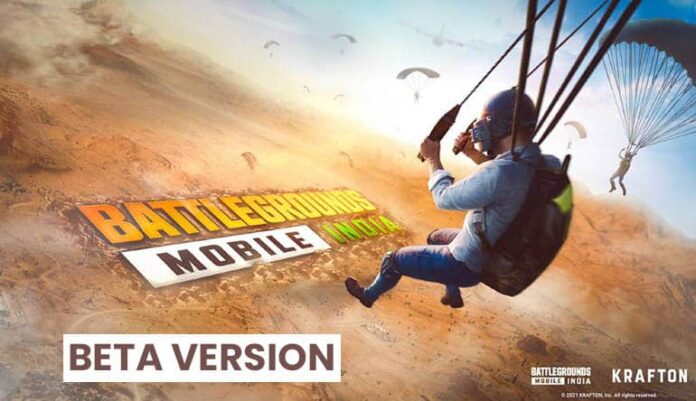 Krafton has released the beta version of Battlegrounds Mobile India. There is limited user access available for the beta program, whereas the final version of the game is yet to go official. Players with pre-registration can download the beta game from Google Play Store. The beta version demonstrates most of the major changes added to the previously banned PUBG Mobile.

The download size of the fame is around 700MB but it will consume more storage while downloading game data after installation. Players can download the early version by joining its beta program via an official link provided by the company.  You can find the link down below on the ‘How to Download section’.

Once the game is installed and OBB files are completely downloaded, you need to sign up creating a new account. The game doesn’t accept old PUBG Mobile account so you will require to choose a different username as well. Although, users get an option to transfer the game data from their old account. Players can also sign in using your Facebook, Play Games and other accounts.

As seen in the beta version, there are few minor changes in the game that PUBG players will find very familiar. The game starts with the same welcome screen and background music as PUBG Mobile. Some pre-warning prompts have been added such as age confirmation and safe gaming suggestion. The server selection option is unavailable since the game is a customization for Indian users only.

Battlegrounds Mobile India has the same in-game elements like maps, weapons, and gameplay as PUBG Mobile. Nonetheless, there are some modifications, particularly for Indian players. The blood during the shootout is now green instead of red. The players count chart on the top displays ‘Alive’ and ‘Finished’ instead of players’ Alive’ and ‘killed’ to make it sound less violent.

There are a limited number of slots for beta testers which might get full quickly. More slots are added later throughout the day. You can join the beta test program of Battlegrounds Mobile India by following the steps below:

The beta test program of Battlegrounds Mobile India is a big hint for the short release of the game’s final version. Indian players who had pre-registered will get several early access rewards. There are also some concerns arising among Indian fans upon the rules of conduct.

SpaceX’s Starlink Expects it can Provide Global Coverage around September