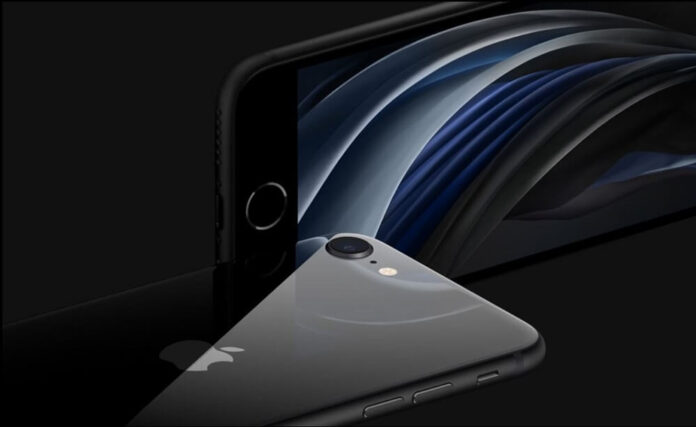 After years of anticipation and waiting, Apple has finally launched the successor device to its iPhone SE, the iPhone SE 2020. It is the cheapest iPhone Apple currently has to offer. However, it does not compromise the performance of the device with the inclusion of the latest A13 Bionic chipset.

The iPhone SE 2020 comes as the successor to the iPhone SE launched back in 2016. It is the cheapest iPhone Apple currently has to offer. It packs the latest A13 Bionic chipset, an IP rating, as well as wireless charging.

Design-wise, iPhone SE is not the type of smartphone you’d expect in 2020. The design is very similar to the iPhone 8 series which was launched back in 2017. The phone features thick bezels on the top and bottom chin. The top bezel houses the selfie camera of the device and the bottom chin features the classic Touch Id.

The similarities with the iPhone 8 series do not end here. The iPhone SE 2020 features a glass front and back panel with an aluminum side frame, IP67 rating for dust and water resistance, wireless charging, and the same dimensions and weight as iPhone 8 series.

Along with the dated design, the iPhone SE 2020 also inherits the display from the iPhone 8 series. The display is a 4.7 inches Retina IPS LCD panel with an HD resolution of 750 x 1334 pixels in an aspect ratio of 16:9. The display has Apple’s True Tone color and a maximum brightness of 625 nits.

Although Apple has gone for a dated design on the iPhone SE 2020, they have used the latest Apple A13 Bionic chipset to power the phone. The A13 chipset is the same one used in the iPhone 11 series. The chipset is a Hexa-core processor based on the 7nm process, which destroys the other flagship chipsets in terms of single-core, multi-core as well as GPU performance.

The base variant of the iPhone SE 2020 comes with a storage of 64 GB. There are also options of 128 GB and 256 GB of storage. All of these storage variants come with 3 GB of RAM.

As for the software, the phone comes with the latest iOS 13 out of the box. Apple is known for providing software updates to their devices for a long period of time. For instance, the iPhone 6s and 6s Plus which was launched back in 2015 also received updates to the same iOS 13. So, you can expect it to receive updates for a long time in the future.

Upfront, the selfie camera is a 7 MP camera with an f/2.2 aperture and gyro EIS. The camera on the device may not seem impressive but with Apple’s improved Image Signal Processing on A13, it captures images on par with the iPhone XR. The rear camera setup can also take 4K videos at 24,30 and 60fps while the front camera maxes out on 1080p videos at 30 fps.

It packs an 1821 mAh battery, which is of the same capacity battery as the iPhone 8. The battery capacity is nowhere near what the android counterpart provides. However, it does come with support for 18W fast charging and wireless charging. As per Apple, the device can charge to 50% in 30 minutes and provide up to 13 hours of video playback.

The iPhone SE 2020 is available for purchase in Nepal in authorized reseller stores such as EvoStore and Oliz Store. The official price of the base variant of the device with 64 GB storage is $399, whereas in Nepal it costs Rs. 70000.